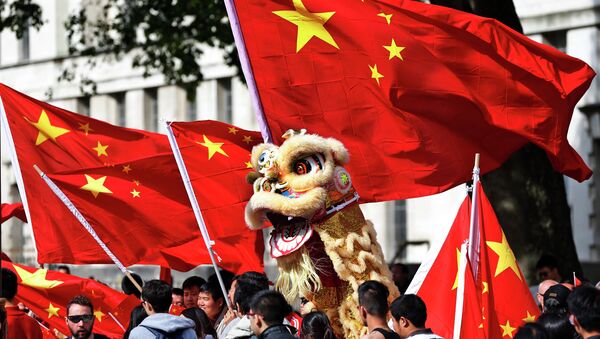 In light of the recent terror attacks in Europe and in the Middle East, security issues related to China's New Silk Road project have acquired a new significance, Spanish researcher Augusto Soto stresses.

China's One Belt and One Road (OBOR) initiative, which envisages the deeper integration of Asia, Russia, Europe, the Middle East and Africa is gaining further international attention, according to Spanish researcher Augusto Soto, the founder of the Dialogue with China Project media platform.

"Following recent attacks in Paris, Turkey, Lebanon and Sinai together with an increase of terrorist activity in several countries included in or bordering OBOR's space, sophisticated technical, diplomatic and defense factors are bound to influence the initiative and its absolute significance," Soto remarks in his article for Strategic Culture Foundation.

'Blowback Terrorism': 'CIA-Backed Wars' Helped ISIL to 'Flourish'
The researcher stresses that the China-led initiative again came into focus during both the APEC summit in the Philippines and the G20 summit in Turkey.

According to Soto, Beijing is seeking to play a more active role in global affairs, insisting that the OBOR initiative will help the Eurasian region to ensure stability and security.

He quotes China's Vice Finance Minister, Zhu Guangyou, who said during the G20 summit in Antalya: "It will be of important economic and political significance for us to ensure the sustainable, balanced and strong economic growth, and also deliver on the UN pledge that by the year 2030 poverty should be eradicated worldwide, because we believe this will eliminate the soil that breeds terrorism."

Indeed, poverty and security issues are closely interconnected, Soto agrees, adding, however, that the situation is far more complicated.

The researcher calls attention to the fact that China is determined to bring together both developed and developing economies. Beijing is currently involved in sophisticated infrastructural projects in Asia, the Middle East and Africa. Still, sometimes local labor forces "do not feel enough included in these implementation processes," Soto notes.

To Defeat ISIL, Europe Should Remember Its 'Original' Terrorists
"Also, following the Chinese pro-development approach, we should bear in mind that economic growth by itself, no matter how strong, sustainable (ecological) and balanced it might be, does not necessarily reinforce an adequate Gini index," he underscores.

However, the China-led project is likely to provide the nations with an opportunity to bolster development and overcome longstanding recession.

"In spite of some reasonable but mainly unfair criticism of the initiative, each of the EU leaders visiting China over the last weeks has made explicit commitments to actively participate in OBOR. Not bad, taking into account that even growing clearly at less than 7% a year, China is likely to become the largest overseas investor by 2020. Then its global offshore assets are expected to reach $20 trillion," Soto underscores.

According to the researcher, the European Union should boost internal coordination and change its political stance toward Russia. The China-led initiative will bear fruit only if all participants of the ambitious project join their efforts, he explains.

"Most likely OBOR policy will continue high on the agenda, promoting further interaction and growth among different States and cultures… An increasing regional collaboration among concerned OBOR countries is bound to reach higher degrees of sophistication," Soto concludes.