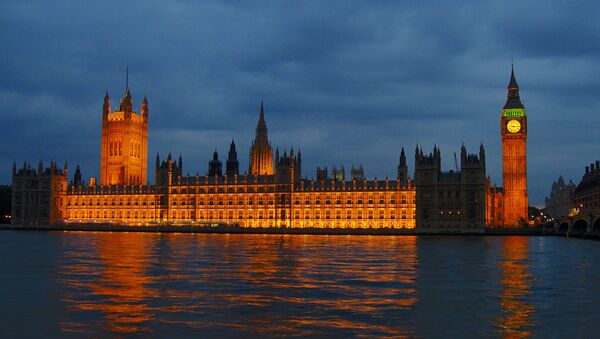 © Flickr / Adriano Aurelio Araujo
Subscribe
As the world continues to reel from the latest terrorist attacks, the UK Parliament is close to approving airstrikes which would target ISIL in Syria; step-by-step, Prime Minister David Cameron seems to be gaining support in the Commons to launch strikes against the self-proclaimed Islamic State in the nearest future.

Support for UK Airstrikes Against ISIL in Syria Likely to Increase
However, the UK's big decision to get involved remains a secret, even for Cameron himself, as he is waiting for the right moment to gain approval from the British Parliament to bomb ISIL positions in Syria. He is playing his cards cautiously after his failure two years ago to obtain parliamentary support for airstrikes against Syrian President Bashar Assad.

Moreover, the British PM is reluctant to repeat the mistakes of his forerunner Tony Blair, whose reputation was destroyed after he was blamed for Britain's role in the 2003 US-led invasion of Iraq.  Blair was re-christened 'Bliar' by critics after his government coaxed the country into war amid false claims that Saddam Hussein could launch missiles bearing weapons of mass destruction within 45 minutes.

However, the most recent wave of terrorist attacks, from a downed Russian Airbus in Egypt to suicide bombings, hostage crises and spree shootings in Paris, Beirut and Mali have placed the Commons back on a war footing.

If Cameron is credible enough to convince the majority of Labour MPs and Tory naysayers by the end of this week that it is necessary to take military action in Syria, ISIL fighters will see British airstrikes sooner rather than later.

Both Labor MPs and Tories appear to be warming up to the idea of the UK joining the “war against ISIL.” Even pessimistic Tories are likely to come around on the point that UK should join France, Russia, and the US in their fight against ISIL terrorists-a threat that has been recently recognized by the UN.

The UN Security Council unanimously adopted  a counter-terrorism resolution on Friday, based on a French draft but with some changes, including the addition of a reference to the UN Charter, requested by the Russian Federation.

It calls on all UN member-states "to redouble and coordinate their efforts to prevent and suppress terrorist acts committed specifically by ISIL also known as Da’esh as well as ANF, and all other individuals, groups, undertakings, and entities associated with Al Qaeda, and other terrorist groups."

Though British lawmakers have been divided on Syria since a long time, key political figures in UK parliament have changed their mind over the issue of airstrikes to bomb ISIL.

Tory MP Crispin Blunt, the foreign affairs select committee chair, whose committee roundly rebuked the idea of military action, saying any benefits were heavily outweighed by the negatives, and had listed a number of conditions for military strikes, says things have moved on.

In an email to the Observer, Blunt says: “A month ago we did not believe the conditions we set could be met. I now do. It remains for the prime minister to demonstrate that our government is properly focused on how.”

“I welcome the United Nations Security Council’s unanimous approval of this resolution that urges UN member states to take all necessary measures to combat ISIL/Daesh in Iraq and Syria because of the unprecedented threat it represents to international peace and security,” he said.

“Crucially, it must be part of a wider and more comprehensive strategy to end the threat they [ISIL] pose and achieve a negotiated solution to the Syrian civil war,” he said.

British Prime Minister Cameron promised Friday to push for more government support for UK airstrikes against ISIL radicals, which would extend from Iraq to Syria.

000000
Popular comments
We've had centuries of war and conquest including slavery and colonialism, British parliamentarians need to remember the voters, just for once. This doesn't and won't benefit British people, our infrastructure, education, societal cohesion etc..., Cameron is a failure looking for success anywhere he thinks he'll find it, anywhere but Britain.