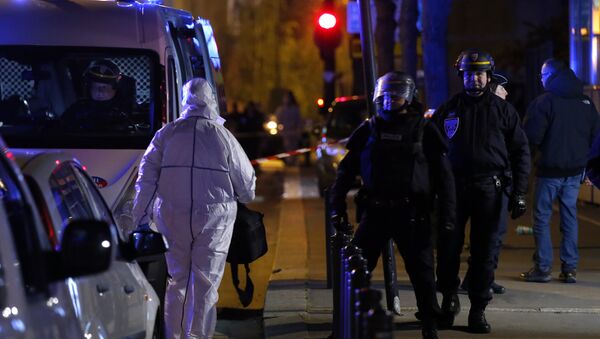 'We Will Not Surrender': Paris' Bataclan to Reopen Despite Bloodbath Attack
ANKARA (Sputnik) — According to Haberturk TV, Turkish intelligence learned that the terrorist, traveling with an alleged forged Syrian passport, had lived in the Syrian city of Mari, controlled by ISIL.

Almohammad crossed the Turkish border in the province of Kilis in south-central Turkey disguised as a refugee, traveling through Gaziantep and arriving in the western city of Izmir where he resided on October 2-4 in a hotel.

He reached Greece by crossing the Aegean Sea, later moving through Macedonia and Serbia to Croatia, where, on October 7 he was registered as a refugee. Following these movements Almohammad traveled via Hungary and Austria and finally arrived in France.

On November 13, a series of coordinated terrorist attacks were carried out across Paris, killing 129 people and injuring over 350. One of the attacks took place outside of the Stade de France stadium, where a friendly match was underway between France and Germany.