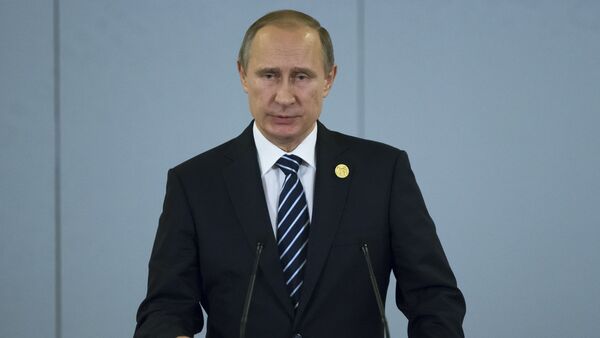 Russia’s active efforts in fighting terrorism in Syria have impressed the EU so much that European countries are now looking for closer ties with the Eurasian Economic Union (EEU).

According to Deutsche Wirtschafts Nachrichten, recently Juncker wrote a letter to Russian President Vladimir Putin saying that deepening trade ties between the EU and EEU depends on European countries and should be coordinated with the peaceful process in Ukraine.

Juncker ordered European Commission officials to examine the possibilities of establishing deeper cooperation between the EU and EEU, according to the article.

"These are the first fruits of President Putin’s sophisticated diplomacy," the article read.

Initially, the EU was forced to join anti-Russian sanctions, according to the article.

Sanctions have seriously damaged Russia as well as the EU, the author wrote. Recently, France called for lifting anti-Russian sanctions since Moscow has proven itself as "the single reliable partner in the fight against the Islamic State (ISIL) terrorist group."

It seems like the decisive Russian military operation against ISIL militants in Syria impressed the EU so much that following "several Cold War-like months" Brussels has turned to closer ties with the EEU, the author underscored.