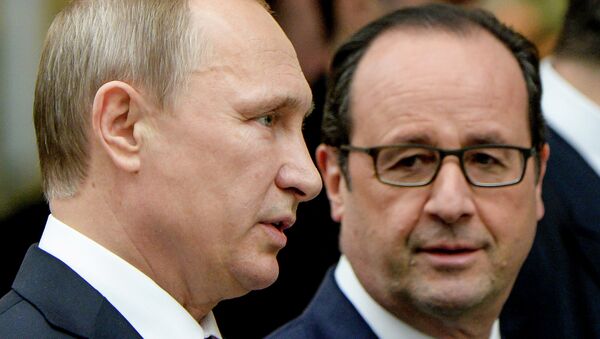 © AFP 2023 / MAXIM MALINOVSKY
Subscribe
International
India
Africa
Several hours after the world woke up to the night of terror in Paris, French President Francois Hollande declared that the attacks were "an act of war" executed and planned by ISIL .

Why Russia Sent Long-Range Bombers to Crush ISIL in Syria
"Faced with war, the country must take appropriate action," he added, prompting many to say that the French leader could then invoke Article 5 of the North Atlantic Treaty, which stipulates that an attack on one country should be treated as an attack on all NATO members.

This is not what happened.

In the days following the attack, France enhanced its counterterrorism activities in Syria. French fighter jets are conducting more airstrikes against ISIL targets, made possible to a large extent by having greater access to US intelligence data. 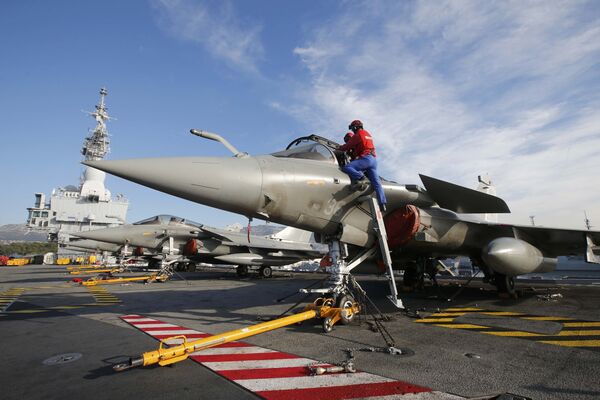 Dodik: Syria Conflict Would Have Lasted for Decades Without Russian Strikes
The Charles de Gaulle aircraft carrier is leading a French naval group to the Syrian coast to boost French forces already deployed to the region. UK and Belgium sent warships to provide air defense cover for the French aircraft carrier.

In addition, French president and Russian leader Vladimir Putin agreed to coordinate anti-ISIL efforts in the region. The two will meet next week in Moscow. Meanwhile, as soon as the flagship of the French Navy reaches its destination, both countries will create a joint work group.

This could be the key reason why Paris refrained from invoking Article 5 of the Washington Treaty, which has only been invoked once in the 66 years since NATO's inception – following the 9/11 attacks in the US.

"One reason is that in vowing a strong and continued response to the attacks, France has drifted closer to Russia and to Russian President Vladimir Putin, whose air force is already engaged in Syria," the Fiscal Times noted.

This is hardly surprising, since Russia recently became a target of an ISIL terrorist assault. Less than a month ago a Kogalymavia Airbus A321 passenger airliner disintegrated over the Sinai Peninsula. The brutal group took responsibility for the crash that left all 217 passengers and seven crew members on board dead. 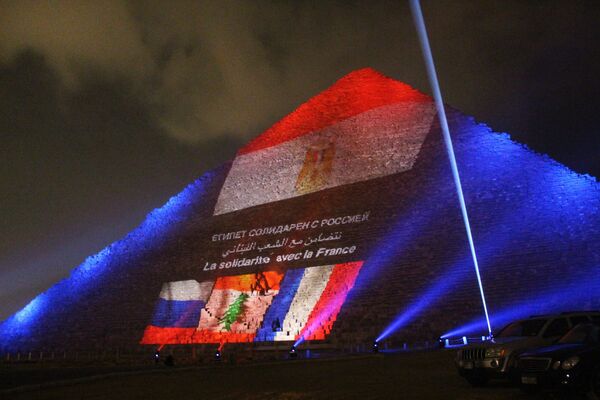 This week, Russian authorities confirmed that the crash was a terrorist act. As a result, Russia has intensified its nascent counterterrorism campaign, which was launched on September 30 following a formal request from Damascus.

"If Hollande appreciates Russia's response, it's likely he would think twice about trying to bring NATO into the fight," the media outlet asserted.

In fact, the French president seems to be aiming for a different approach to tackle ISIL. It is the one Moscow has been advocating for weeks. On Wednesday, Hollande called for the creation of a broad coalition, which would see the US, Russia and other stakeholders join efforts to destroy the terrorist group.

Should it be created, it would truly be a global collective defense against a common threat to all humanity.