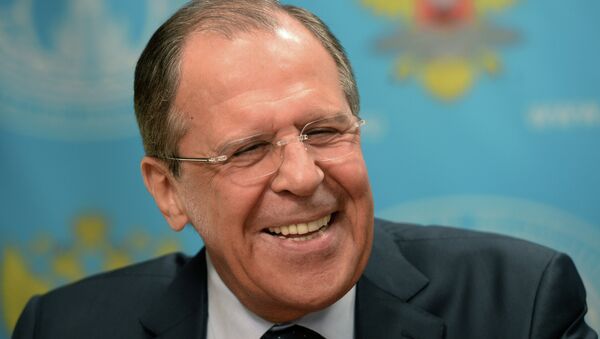 © Sputnik / Iliya Pitalev
/
Go to the photo bank
Subscribe
When it comes to cracking a good joke, Russian Foreign Minister Sergei Lavrov is as smooth as silk.

If Western countries decide to institute a new Iron Curtain against Russia, they might "jam" themselves in the process, Lavrov said during an interview with the broadcaster Radio Rossii, according to Russian Foreign Ministry spokeswoman Maria Zakharova.

"When they [Western countries] pull down the Iron Curtain, they might get something jammed in it," Lavrov said, as cited by Zakharova, who shared the words on her Facebook account.

Zakharova held a weekly press briefing on Thursday during which she spoke about the Russian military operation in Syria. She also added that Western countries need to demonstrate concrete actions and steps in their political will in the fight against terrorism.

000000
Popular comments
The shirt lifts as the curtain falls.