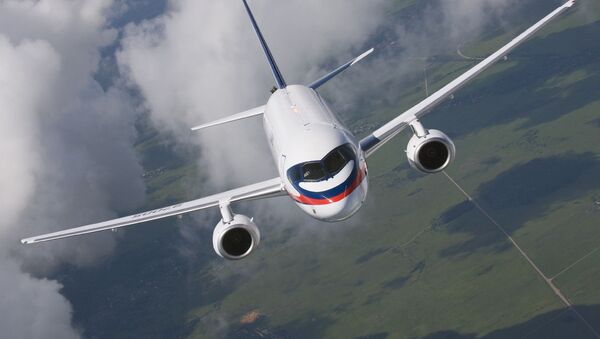 Iran to Purchase Russian Satellite Equipment, Superjet in $21Bln Deal
“[The Iranians] are interested in the SSJ100 as a plane, which could become the main workhorse for their leading carriers,” Rogozin said in comments, carried by Rossiya-24 TV channel.

“Yesterday evening, shortly before our departure, one of their flagship companies was negotiating with our United Aircraft Corporation on the delivery within the next five years of nearly a hundred Superjets, now ready to ship,” Rogozin added.

He also said that he would be more specific about the planes’ delivery after a pertinent contract had been signed.