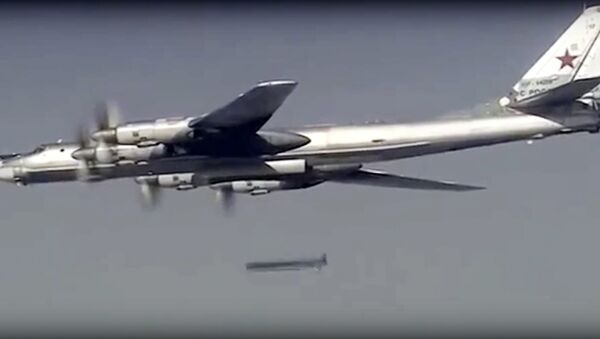 "Tu-95 bombers launched a total of 12 cruise missiles destroying ISIL headquarters in Idlib, three fuel and arms depots, as well as a command post," Chief of the Main Operational Directorate of the General Staff of the Russian Armed Forces Andrei Kartapolov said.

"Over the past 24 hours, Russian aviation Tu-160, Tu-22M3 jets have carried out 126 sorties from the territory of the Russian Federation."

"The Russian Aerospace Forces have continued to launch massive airstrikes on terrorists according to the plan of its air campaign."

Kartapolov said that Russian aviation had already destroyed 138 terrorist targets and carried out 60 sorties so far on Thursday by 5 p.m. Moscow time, while Russian jets plan to conduct a total of 98 sorties on 190 targets.

Islamic State militants confirm that three ISIL field commanders were destroyed in Russia's airstrikes in Syria's Aleppo, according to Kartapolov.

Russia's General Staff unveiled the names of some ISIL leaders eliminated in Russia's strikes in Syria.

"For example, field commander with nom-de-guerre Abu Hussan has refused to deploy his group near the northern Homs town of Talbiseh," Kartapolov said.