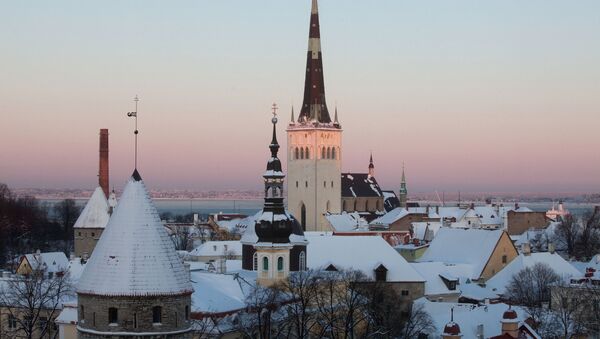 © Sputnik / Ilya Pitalev
/
Go to the photo bank
Subscribe
The Baltic States are about to face a large-scale scandal after media revealed they scammed the EU’s refugee re-settlement system by labelling their Russian-speaking populations as “refugees,” RIA Novosti’s Vladimir Barsegian said.

The EU allocates extra money to countries that accept refugees. Although Latvia, Estonia and Lithuania let very few Middle Eastern and African refugees into their countries, they managed to get millions of euros from the EU budget for refugee resettlement programs.

How did that happen? Well, German experts also asked the same question and began an investigation to find out what had really happened. Turns out the Baltic States passed off their Russian-speaking populations, who still have a non-citizen status, as "refugees," Barsegian said.

Austrian Lawmaker Backs EU Refugee Quota Challenge as ‘Absolute Must’
These lies probably would have never surfaced and the Baltic States would have kept getting the easy money, if it were not for the current refugee crisis in Europe. As EU leaders began allocating refugee quotas across the union, they noticed that the Baltic States had one of the highest "refugee" numbers in the entire EU.

The truth was revealed and some EU leaders began to speak about the issue, accusing the Baltic States of stealing EU funds.

Furthermore, following the real refugee crisis EU leaders opened their eyes to the ugly side of their own members — the Baltic States discriminated against their own residents simply based on their ethnicity. What a true reflection of European values!