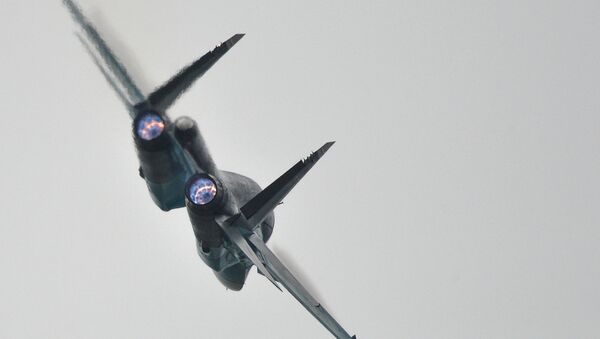 About 500 terrorists' fuel trucks that had been illegally transporting oil from Syria to Iraq were destroyed by Russian aviation in a few days, Col. Gen. Andrei Kartapolov, Chief of the Main Operational Directorate of the General Staff of the Russian Armed Forces, said.

"Just in the first few days, [Russian] aviation destroyed about 500 fuel tankers. This greatly hampered the militants' possibility to illegally export energy resources and, accordingly, their income from oil smuggling."

"I want to emphasize that today a decision was made, according to which Russian combat aircraft launched a so-called 'free hunt' mission targeting convoys of road tankers transporting oil products belonging to terrorists in areas controlled by ISIL."

Russia has widened the scope of intelligence gathering in the Middle East by all available means, including satellite reconnaissance, he said.

"In order to improve the efficiency of detection of terrorist facilities and to ensure the precision of determining their coordinates, we have stepped up all methods of intelligence gathering in the Middle East, including satellite reconnaissance."

"Tu-160 strategic bombers carried out 12 launches of cruise missiles on ISIL targets in the provinces of Aleppo and Idlib from the territory of the Russian Federation at 09:00-09:10."

Run for the Hills: ISIL Fighters Fleeing Raqqa Amid Russian Air Campaign
According to the General Staff, Russian jets carried out a major strike on ISIL targets in the Syrian provinces of Raqqa, Deir ez-Zor, Aleppo and Idlib.

"Just a few minutes ago a squadron of long-range Tu-22M3 bombers launched a second strike on six ISIL objects in Raqqa and Deir ez-Zor," Kartapolov added.

The overall number of sorties scheduled for Wednesday is 100, Russian aircraft are supposed to hit 190 ISIL targets.

"Airstrikes continue in accordance with the approved plan. To ensure the safety of the flights, the international coalition is being notified in advance of the time of the strikes [launched by Russian jets] and flight corridors."