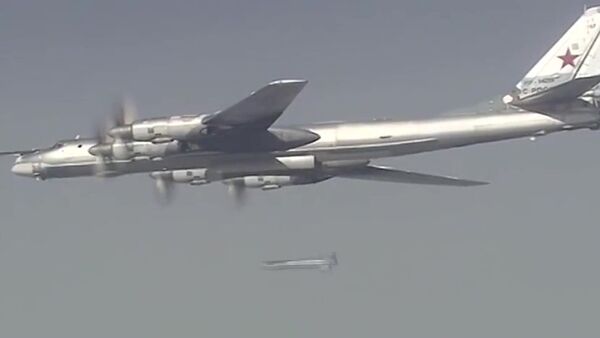 © Photo : Ministry of Defence of the Russian Federation
Subscribe
Russia's new, never before publicly exhibited cruise missile has been spotted on the footage which shows strategic bombers flying their first ever attack missions in Syria, reports in Russian media suggest.

The missile is believed to be the unique long-range Raduga Kh-101.

The stealthy airborne Kh-101, in development until recently, is said to be already in service with the Russian Air Force. It remains unclear whether Russia's strategic aviation launched this missile against ISIL targets on Tuesday.

"They might have. On the one hand, this would be an act of intimidation, on the other, testing of new weapons," defense expert Konstantin Sivkov told RIA Novosti. "It is one thing to test launch one or two missiles, it's another to actually use it in combat."

Russia's Bombers Tu-160, Tu-95MS Go Through Baptism of Fire in Syria
Sivkov believes that Russia will test other cutting-edge weaponry during its counterterrorism campaign in Syria. The analyst added that the Kh-101 could have been launched from Russian territory and hit targets in Syria but land-based launching systems for the new missile have not been developed yet.

The Kh-101, outfitted with a conventional payload, has a maximum range of 5500 kilometers (over 3400 miles) and is capable of travelling at a maximum speed of 270 m/s. Its accuracy is reported to be around five to six meters.

The cruise missile is likely equipped on the Tupolev Tu-160 (Blackjack) and the Tupolev Tu-95 (Bear) strategic bombers. In a historic first for these models, the aircraft took part in an actual battle on Tuesday.

Russia's Ministry of Defense later released a video showing the strategic bombers in action in Syria.

The Kh-101 "is a likely replacement for the Kh-55, developed to provide a conventional stand-off land-attack capability. The Kh-555 is based on the air force's nuclear Kh-55SM cruise missile, with the nuclear package replaced and an improved guidance system," the International Institute for Strategic Studies noted earlier this year.

A variation, known as the Kh-102, carries a nuclear warhead. 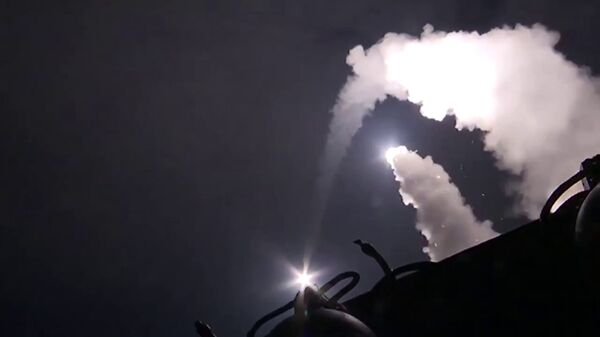 In early October, Russia made headlines after its Caspian Fleet launched a total of 26 Kalibr cruise missiles hitting all intended ISIL targets in Syria.