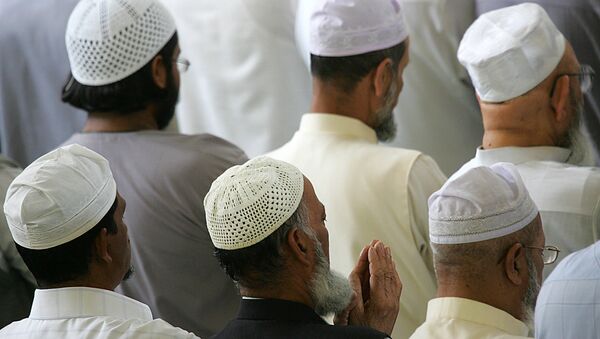 The people living in the United Kingdom should know that the Muslims "without reservation" condemn terrorism, Secretary General of the Muslim Council of Britain Shuja Shafi told Sputnik on Wednesday.

MOSCOW (Sputnik) — On Friday, terrorists attacked several venues around Paris, killing 129 people and injuring over 350. The Islamic State jihadist group, operating in Syria and Iraq, claimed responsibility for the attacks.

"It is important that our fellow Britons hear this message clearly: the Muslims have consistently and without reservation spoken out against terror," Shafi said.

Earlier in the day, the council launched a campaign "to underscore the united condemnation Muslims have of terrorism, especially after the Paris attacks," according to its press release issued earlier in the day.

The activists published an advert in the national press stating that the terrorist attacks "have no sanction in the religion of Islam, which forbids terrorism and the targeting of innocents."