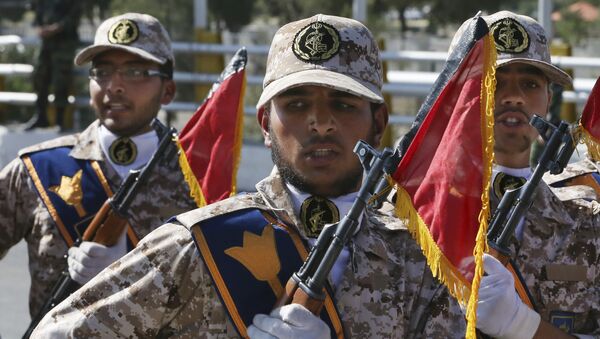 Iran's Islamic Revolutionary Guards Corps on Wednesday said it had smashed a terrorist cell in a western region that authorities allege has been a recruiting ground for the Islamic State.

"A terrorist cell in Kermanshah province near the border was identified in recent days. The members were arrested in an operation and their weapons were confiscated," the Corps said in a statement reported by state news agency IRNA.

On Tuesday, a commander was quoted by the Iranian Labour News Agency as saying the Corps and intelligence ministry had rounded up groups in Kermanshah recruiting fighters for the Sunni Muslim militant group Islamic State.

Iran's Intelligence Minister Mahmoud Alavi said on Tuesday Iran had uncovered 10 "terrorist groups since mid-October." He added that the Beirut and Paris attacks "are a serious alert to us too."

"Today part of Daesh (Islamic State) is in north Afghanistan and are interested in approaching Iran's border, but the Iranian nation should rest assured that its sons in the army, the Guards, and police are ready," Iranian Ground Force Commander Brigadier General Ahmad Reza Pourdastan was quoted as telling the Fars news agency on Tuesday.

"The threat of Daesh is not a new and serious threat to us. If they cross the red line of 40 kilometers from our borders, they will face a crushing response," he added.

Fifty Iranian troops have been killed in Syria since Iran started a major ground offensive against insurgents in September, according to Iran's Fars news agency.

Iranian authorities say they arrested more than 40 suspected militants around the country this month, half of whom were planning to reach Iraq and Syria, Reuters reported.