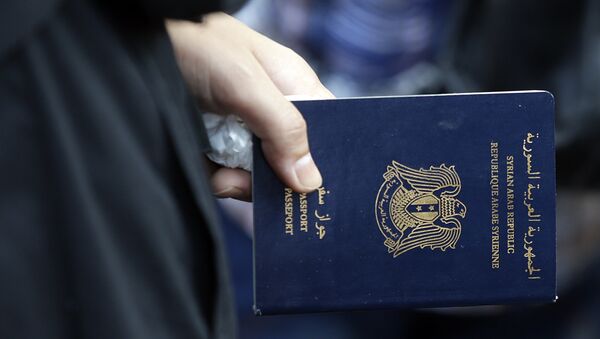 Syrian passports, both genuine and fake, have become a much-coveted object for asylum seekers fleeing hot spots in the Middle East and Africa, as well as terrorists who try to enter Europe posing as refugees, War is Boring reported.

And where there's demand, there's supply.

"There has long been a thriving black market for passports as record numbers of people seek out new lives in the West. And for years, terror analysts have warned that terrorists could exploit this black market and pose as refugees," Kevin Knodell noted.

This fear was further fueled last week when a Syrian passport was recovered from one of the suicide bombers responsible for the night of terror in Paris, which left 129 people killed.

Misplacing the Blame: All Paris Attackers IDed So Far Were Europeans
Authorities and experts disagree whether the document is genuine or fake. Even if it was issued by Syrian authorities, it could have been stolen. But whoever the attacker truly is, the implications of establishing a link between terrorist acts and refugees could be far-reaching.

"The chaotic nature of the crisis creates ample room for Islamic State to move its agents back and forth. Whether the Bataclan killer was actually a Syrian or a non-Syrian terrorist, it's already led many Westerners to be even more fearful of the refugees," the website observed.

This could well be what ISIL was hoping to achieve. As evidenced by the growing popularity of far-right movements across the continent, many Europeans have been increasingly wary of foreigners who hail from other European countries, let alone refugees from faraway lands. Latest terrorist acts could reinforce this trend. 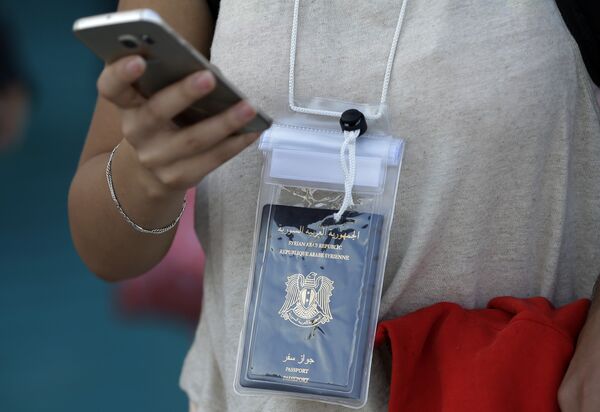 When it comes to non-Syrian refugees, they purchase Syrian passports in the hope that they could receive aid if not asylum meant specifically for Syrians.

"Several European countries have agreed to take in Syrian refugees, but millions more – Iraqis, Afghans, Libyans, Eritreans, Yemenese, Somalis and others – are fleeing violence and deprivation in their homelands but are disqualified for programs aimed at Syrians. As a result, Syrian passports are a ticket for refugees and their families to qualify for aid programs," Knodell noted.

Although it might seem counterintuitive, even Syrians themselves often purchase fake passports because they lost their official IDs and cannot make new ones.

Sources in intel tell me that the Syrian passport is more desirable on the black market as it almost guarantees asylum.