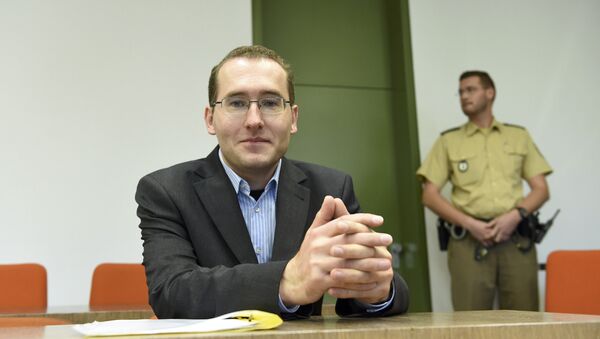 A former German secret service agent charged with treason has admitted to spying for the CIA during his court trial in Munich.

Former Federal Intelligence Service (BND) employee Markus Reichel told the court that he spied for the CIA as a result of severe dissatisfaction with his job. He said:

"No one trusted me with anything at the Federal Intelligence Service (BND). At the CIA it was different."

The 32-year-old is accused of sending "scores of documents and internal information" to the CIA, with the case following the release of the Snowden documents, which revealed widespread US spying on many countries, including allied states such as Germany.

An intelligence official from the BND, was working as a double agent. He let himself be paid by the CIA. Reason: boredom.

On top of admitting to spying for the CIA, Reichel is also accused of providing the Russian secret service with three documents.

The release of the Snowden documents plunged US intelligence services into crisis and prompted a rebuke from German Chancellor Angela Merkel after it was alleged that the American National Security Agency (NSA) had phone-tapped the chancellor’s office in Berlin.

However, a subsequent parliamentary investigation into surveillance also revealed that Germany’s BND had also been involved in spying on other European allies, on behalf of US agencies, sparking claims that German government officials knew of such practices and were involved in a cover up.

Reichel, who suffers from a partial disability, joined the BND in late 2007 when he secured a job in the organization’s mailroom.

However, over the course of several years he received US$100,000 (€95,000) from CIA officials — usually delivered in cash at a secret meeting point in Austria — in exchange for secret information and documents.

Until his arrest on July 2 last year, the 32-year-old was still working for the BND and if convicted, faces up to 15 years in prison.