Five Russia-Made Weapons Iran Would Love to Have, as Seen by US Media 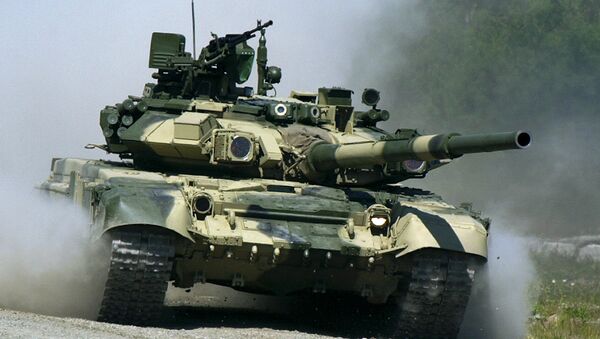 © AP Photo / Ural Press Photo, Alexei Vladykin
Subscribe
International
India
Africa
Russia is expected to deliver the S-300 missile defense systems to Iran no later than March 2016, and while no additional details have been made public, the US media decided to speculate what other Russian weapon systems Iran might be interested in.

The expected delivery of the S-300 will help Iran defend its airspace from hostile aircraft, says an American magazine The National Interest. 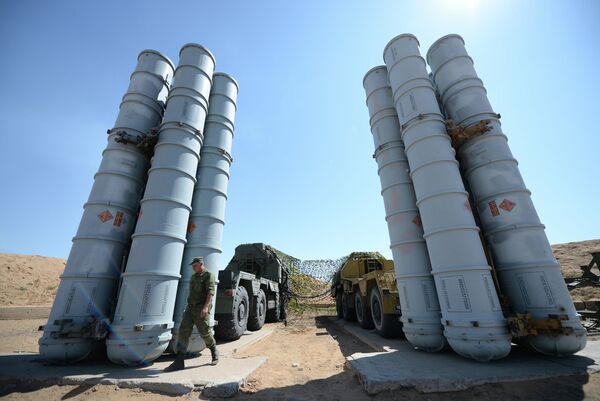 The presence of the S-300 system will make a raid by American or Israeli aircraft on a resurgent Iranian nuclear program riskier than ever before, reasons the outlet.

It then compiled a listicle of what other Russian weapons might be of particular interest to Tehran.

The magazine describes it as a turbofan-powered missile that cruises at high subsonic (0.8 Mach) speeds just above the wave-tops. Moments before impact, the Klub pops-up and accelerates to Mach 2.9 and drives onto its target nearly vertically. That dramatically shortens the reaction time for enemy anti-missile defenses. This could be particularly problematic for foreign navies operating in the confines of the Persian Gulf.

The Klub packs a large 881lbs warhead, one version of which has a stated maximum range of 186 miles. A longer-range version, Kalibr, was used by the Russian Navy last month against Islamic State targets.

The outlet notes that Iran might be particularly interested in the Klub K, a version that is camouflaged as a standard 40-foot shipping container. The missile system is a self-contained unit that carries four missiles and can be carried innocuously by a container or cargo ship, flatbed train car or truck transport.

The purchase of new anti-ship missiles like the Klub would give Iran the capability to even close the Straits of Hormuz, the magazine states. 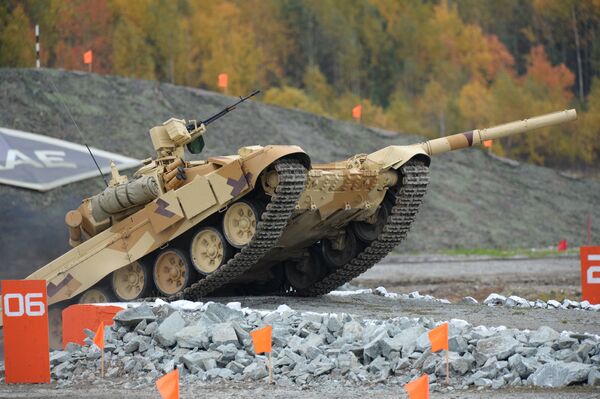 A T-90S tank, the export version of T-90, at the Ninth International Exhibition of Arms, Military Equipment and Ammunition "Russia Arms Expo 2013" in Nizhny Tagil
© Sputnik / Pavel Lisitsyn
/
Go to the mediabank

Export operators are Algeria (305), Azerbaijan (114), Turkmenistan (40) and Venezuela (50~100). The largest export operator is India which obtained 620 tanks in knock-down kits for local assembly and plans to produce 1,000 tanks locally.

The T-90’s 2A46M main gun is lethal, and the gun’s ability to fire the Refleks anti-tank guided missile gives it a potential one-shot kill capability out to more than 4,000 meters, the magazine says.

Modern defensive add-ons can help protect the T-90’s crew from current threats. Together, a combination of reactive armor tiles, the Shtora laser jamming system and the Nakidka camouflage system can work together to passively protect the tank. Active protection can be provided by the Arena system, which detects and knocks down incoming anti-tank missiles with radar-aimed rockets.

The Sukhoi Su-35 (NATO reporting name Flanker-E[) is a designation for two separate, heavily upgraded derivatives of the Su-27 'Flanker'. They are single-seat, twin-engine, supermaneuverable multirole fighters, designed by Sukhoi.

NPO Saturn AL-41F1S engines and thrust vectoring nozzles give the Su-35 a potent combination of range, power and maneuverability, the magazine says. 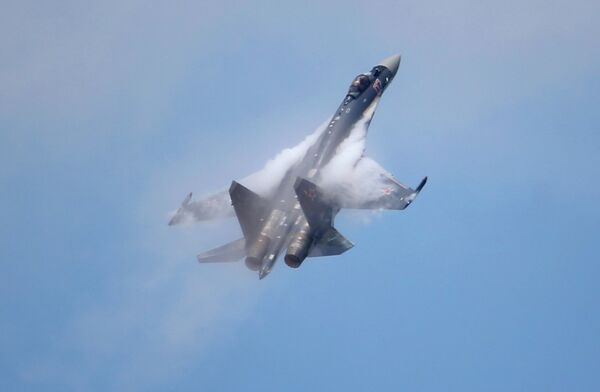 A multi-role aircraft, the Su-35 can engage targets both in the air and on the ground with an advanced electro-optical targeting system. The Irbis-E passive electronically scanned array radar can search for and target attack aircraft at up to 400 kilometers — and was designed with detecting stealth aircraft in mind.

The Su-35 also includes a whopping twelve hardpoints for carrying air-to-air and air-to-ground missiles and bombs, fuel tanks and sensors. A long-range multi-mission fighter, it packs plenty of capability into a single airframe that can travel long distances.

Project 11711 Ivan Gren class large amphibious assault ship. The vessel has a displacement of 5,000-6,000 tons and is able to carry up to 13 main battle tanks or 36 armored personnel carriers or 300 marines. 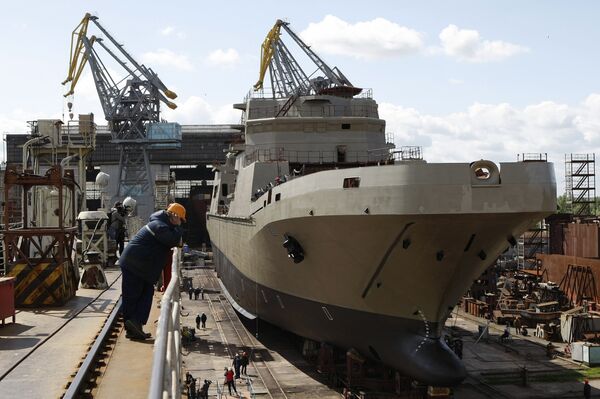 The landing craft "Ivan Gren," built for the Russian Defense Ministry, at the Yantar Shipyard, Kaliningrad.
© Sputnik / Viktor Guseinov
/
Go to the mediabank

The ship is fitted with a helicopter landing deck and self-defense weapons. A force of three Iranian Gren-class LSTs could land a battalion of ground troops at a time, and in three crossings of the gulf could land an entire brigade- assuming the ship survives the voyage.

The ability to transport Iranian ground forces across the Persian Gulf and land them in Saudi Arabia, Kuwait, Bahrain, Qatar, the UAE, Yemen and Oman could potentially be very useful, reasons the magazine.

An Iranian order for six ships (each was originally projected to cost $300 million each) could provide Iran with a powerful amphibious capability, it says. 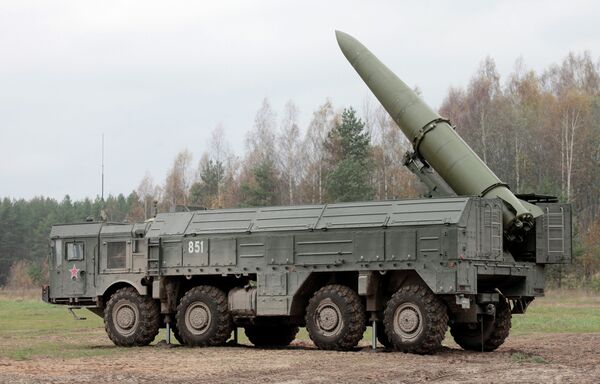 Iskander is a tactical missile designed to knock out enemy command and control centers, radars and surface-to-air missile sites, airfields and other critical military targets. Iskander can carry a munition payload of 1,000lbs to 1,500lbs, including a high explosive warhead, submunition dispensing warhead or fuel-air explosives. Iskander was originally designed to be used against heavily defended targets but advances in anti-missile technology could potentially make defense against the short-ranged ballistic missile viable.

The export version of Iskander is limited to a range of 186 miles under the Missile Technology Control Regime agreement. This is still more than adequate to put a number of economic, military and political targets in the Gulf States in the Iranian bullseye, the outlet says.