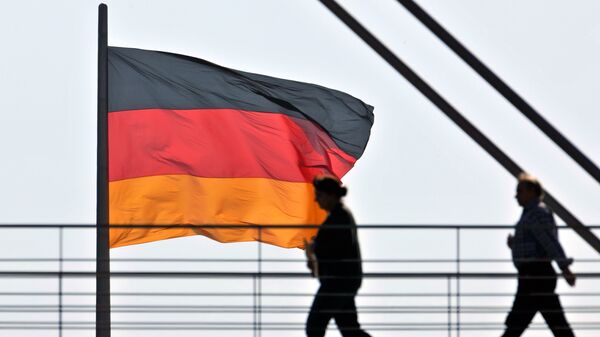 © AP Photo / Gero Breloer
Subscribe
International
India
Africa
There were no talks in Germany on possible increase in security spending, according to Pamela Muller-Niese, the spokeswoman for the country's Interior Ministry.

Pamela Muller-Niese said that the German Ministry of Interior had finalized its budget for the next three years on November 12, a day before the Paris attacks.

"We finalized our budget for 2016, 2017 and 2018, so it was held prior to the attacks in Paris. If anything else is coming up, I don’t know about it yet and it will be a speculation," Pamela Muller-Niese said.

She added that there were no talks in Germany on possible increase in security spending.

World
Berlin Urges Coordinated International Action to Counter Islamic State
"We have increased our security and personnel at the airports, train stations. It was going on since Friday night," Muller-Niese said, speaking about the security measures implemented by Germany after the Paris attacks.

Late on Friday, extremists coordinated attacks on several venues across Paris, killing some 130 people and injuring over 350 at several locations, including restaurants, the Bataclan concert hall and in the vicinity of the Stade de France stadium. The Islamic State (IS) militant group claimed responsibility for the attacks.