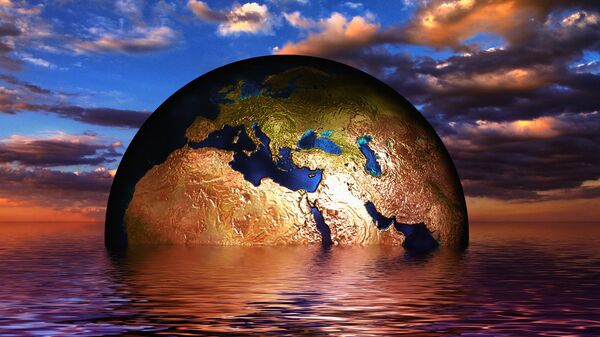 Politicians are misleading the public with false expectations for the upcoming UN climate change summit, a prominent climate economist has told Sputnik. Professor Richard Tol at the University of Sussex, warns that the current draft pledge to curb global warming by about 2.7 degrees Celsius by 2100, is unrealistically low.

The United Nations Climate Change Conference, COP 21, will be held in Paris, from November 30 to December 11.

Why is the Paris agreement important? Without #climateaction the global temperature will continue to rise. #COP21 pic.twitter.com/otOiJr0cRT

In the run up to the gathering of 190 countries, expectations have been very high. The last attempt at a global accord on reducing greenhouse gases was in Copenhagen in 2009 — an enterprise that ended in failure.

This time round, the UN hopes for the first time in over 20 years to produce a binding and universal agreement on climate change.

The devil, as ever, is in the details.

The UN's Intergovernmental Panel on Climate Change wants to see global warming kept to a max of 2 degrees Celsius above pre-industrial levels.

This target has been the driving force for climate negotiators and scientists, who say it is the limit beyond which the world will suffer ever worsening floods, droughts, rising seas and extreme weather.

However, many scientists, including Professor Tol, an author for the Intergovernmental Panel on Climate Change, believe this is simply unrealistic.

"Actually 3-4 degrees seems to be the target we are heading for. How bad is this? Well, politically, very bad, because politicians were heading to the 2 degrees target even when it was already clear it would be very difficult and over ambitious."

"I don't think anything will come out of the Paris talks apart from beautiful and empty words."

Indeed, for the politicians as well as scientists, huge hurdles remain including the reluctance of the US, China and India, to legally commit to substantial emissions caps.

Professor Tol said that that reluctance continues amongst much of the general public as well.

"Social surveys show that whilst people accept the reality of climate change, it is not high on their list of priorities. The more informative question is — what are people willing to do? What increases are they willing to accept in terms of fuel costs in their home and for their car?"

"The answer is a little bit, but not a lot. And that has been consistent for a long time in many places."

"The moral argument of responsibility won't convince many people."

UK Fossil Fuel Subsidies Slammed as G20 Accused of Green Energy Inaction
UN climate chief Christiana Figueres is still positive, citing the fact that at least 150 countries have handed in their carbon-slashing commitments ahead of the COP21 summit. Together, she says, those plans will cover about 90 per cent of global emissions, and "begin to make a significant dent in the growth of greenhouse gases."

As a result of the recent Paris terror attacks, security has been increased in preparation for the arrival of more than 120 world leaders.

The French Energy Minister Segolene Royale was quoted by French media as saying that the summit is more important now than ever:

"If not, terrorism wins."