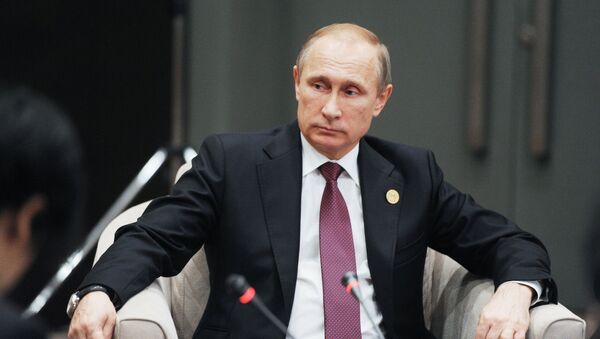 © Sputnik / Michael Klimentyev
/
Go to the mediabank
Subscribe
International
India
Africa
Russian President Vladimir Putin has said that the investigation of debris found in the wreckage of the Russian A321 passenger jet that crashed over Egypt’s Sinai Peninsula on October 31, killing all 224 on board, has entered its final stage.

Russia
Two Weeks Since Russia-Owned A321 Crashes in Egypt
ANTALYA (Sputnik) – The investigation of material from the Russian A321 passenger jet that crashed over Egypt’s Sinai Peninsula on October 31, killing all 224 on board, has entered its final stage, Russian President Vladimir Putin said Monday.

“We are at the final stage in investigating the materials,” Putin said during a meeting with Italian Prime Minister Matteo Renzi in Turkey.

According to UK and US media, their intelligence agencies intercepted communications in Sinai hinting that a bomb was planted on the plane before takeoff. Investigators have repeatedly said that all scenarios currently remain possible.

Russia, along with many other countries, suspended flights to Egypt following the accident.