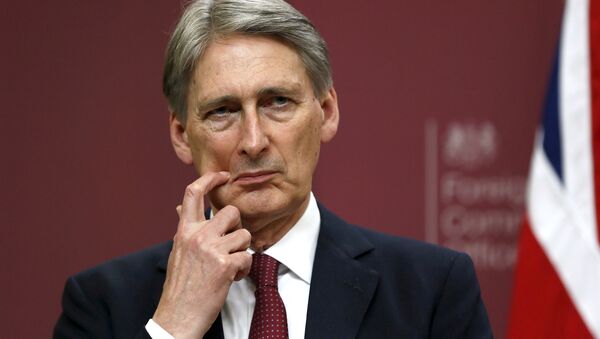 MOSCOW, (Sputnik) — Dozens of foreign policy chiefs representing world and regional powers, including the United States, Russia, and EU nations, met in the Austrian capital to discuss political transition in Syria on Saturday.

"Our discussions in Vienna have been constructive, and there is now momentum behind a process working towards peace for the people of Syria," UK Foreign Secretary Philip Hammond said in a statement as quoted by the UK Foreign Office.

Lavrov, Kerry Answer Questions Following Vienna Meeting
The negotiators announced they agreed on several groups to designate as terrorist. They called on all parties of the conflict to adhere to the ceasefire, and affirmed that it must be the Syrian people who decide the country’s future.

According to the joint statement made by the international mediators of the Syrian crisis, the negotiators are expected to gather within a month to review progress in the implementation of the ceasefire in the war-torn country, as well as the development of the political process.

During the previous round of talks on October 30, the diplomats worked out a nine-point plan on ending the Syrian civil war, which included a mutually agreed definition of national unity, the defeat of extremist groups and assistance to refugees.