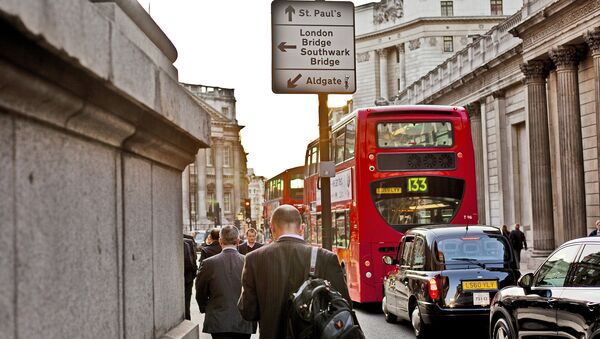 Alison Saunders, the Director of Public Prosecutions warns that unless the British intelligence agencies and police are able to access surveillance data, terrorists returning from Syria will be left "walking the streets".

By my read, #SnoopersCharter legitimizes mass surveillance. It is the most intrusive and least accountable surveillance regime in the West.

Her comments follow the publishing of the draft version of the Investigatory Powers Bill, proposed by the Home Secretary Theresa May last week.

Nicknamed the Snooper's Charter, the bill would authorize the bulk collection of domestic data. It would require telecommunications companies to store records of websites visited by every citizen for 12 months and oblige companies to assist in bypassing encryption, providing there is a warrant, which would require approval by a judicial commissioner.

Ms Saunders pointed to a significant surge in the number of Syria-related cases and said that the use of surveillance data was critical to ensuring convictions of those intending to commit terrorism in the UK.

Prime Minister David Cameron has said he will ensure that terrorists have no "safe space" to communicate online.

However, previous attempts to extend the surveillance capacity of the security forces have gone awry.

My cartoon — the innocent have nothing to fear from the Tory surveillance measures #TheresaMay #snooperscharter pic.twitter.com/iTomO7yIVU

Back in 2013, the Conservative party attempted to pass the Digital Communications Bill (the original Snoopers' Charter), but were defeated by the Liberal Democrats while they were still in coalition.

Now that the Conservative party has a majority, the government hopes to be able to pass this re-vamped legislation.

However, there has been fierce criticism of the bill from civil liberties groups as well as several MPs.

Two years after former NSA contractor and whistleblower Edward Snowden revealed the vast extent of UK and US surveillance, he has called the British Investigatory Powers Bill "the most intrusive and least accountable surveillance regime in the West."

The new legislation is being seen as an attempt by the Home Office to legitimize state surveillance and bring it within a legal framework.

In another blow, the United Nations' special rapporteur on privacy, Joe Cannataci, decried the UK's draft surveillance bill as "worse than scary."

Speaking at the annual Internet Governance Forum (IGF) in Brazil, he accused the UK government of an aggressive campaign to get hold of new mass surveillance powers, which he claims will not prevent terrorism:

"To get real terrorists, you have to go for good old-fashioned infiltration. It's time to be realistic and actually examine what evidence shows."

Open Source: Britain's MI5 to Be Given Major New Powers to Spy Online
There are also concerns that the government's definition of what constitutes terrorism is too broad, which could result in a chilling effect on freedom of speech.

The government defines extremism as "vocal or active opposition to fundamental British values", which include democratic principles such as rule of law and tolerance.

Currently, the principal legislation regulating state surveillance in the UK was passed in 2000, the Regulation of Investigatory Powers Act (RIPA). Security experts argue that taking into account the exponential development of the internet and digital communication, RIPA is now significantly out of date.