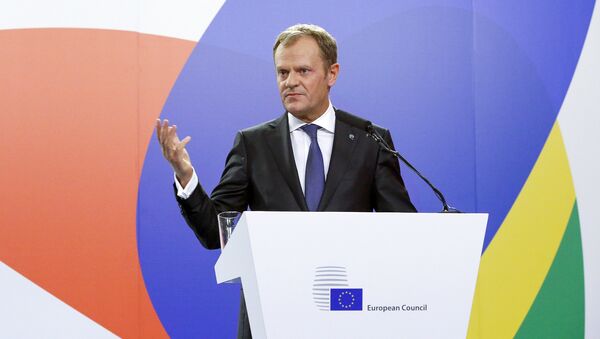 The President of the European Council, Donald Tusk, has warned that the EU open borders policy - enshrined in the Schengen Agreement - is on the brink of collapse over the refugee crisis that has seen member states re-impose border controls.

Tusk was speaking after the emergency EU meeting in Valetta, Malta, during which EU leaders agreed a series of measures to stem the flow of asylum seekers flooding into Europe. As part of the deal, the EU is to set up a US$1.9 billion fund in aid of African nations to discourage net migration.

My remarks after today's informal meeting of EU heads of state or government: https://t.co/BjSNkh7LYD. #migrationEU pic.twitter.com/tEOun3tf3L

However, on the side lines, there was disagreement on how to deal with the ever deepening refugee crisis on mainland Europe. A plan to relocate 160,000 refugees has so far only moved just over 100 people amid arguments over refugee quotas.

Worse still for Europe, is that many countries — including Germany, Austria, Hungary, Slovenia and Sweden — have imposed border controls or erected fences in an effort to stem the flow of people pouring into Europe.

The main plank of the European Union is the freedom of movement of people, without borders. However, Tusk has warned:

"Saving Schengen is a race against time and we are determined to win that race. Without effective control on our external borders, the Schengen rules will not survive, Time is running out."

'The Clock is Ticking'

There is a deep division within Europe over the refugee crisis, with some countries blaming Germany and Sweden for having precipitated the mass movement of people by declaring their doors open to refugees from Syria and other war-torn countries.

Despite a series of summits to seek a consensus — with Germany's Chancellor Angela Merkel and European Commission President Jean-Claude Juncker calling for the relocation of refugees throughout member states according to a quota system — Europe remains split over how to deal with the situation.

Tusk did little to play down his exasperation with the situation:

"Every week decisions are taken in Europe, which testify to how grave the situation is: reintroduction of border controls, or 'technical barriers' at the borders.

"This is a clear demonstration that we need to regain the control of our external border. Clearly not as the only action but as the first and most important action; as a precondition for a European migration policy.

"The clock is ticking. We are under pressure. We need to act fast. As a Union."