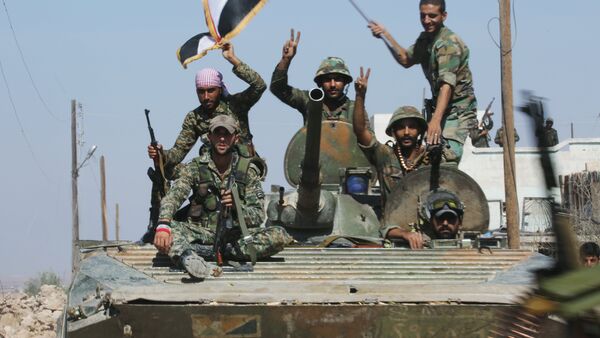 Success of Russia's Operation in Aleppo Expected to Silence Western Critics
MOSCOW (Sputnik) — On Tuesday, the Syrian army lifted the siege of the Kweiris military airbase. The Kweiris airbase had been under ISIL siege for two years until the Syrian government forces with Russian air support advanced into the area and cleared it of jihadists, leaving a large number of them dead and wounded in the process.

"With the support of Russian aviation, the Syrian army's offensive continues with quite positive dynamics. Over the last week, as you know, a number of strategic advances and victories were achieved by the Syrian military. So the offensive continues quite effectively with the support of Russian aviation," Peskov told reporters.

Russia has been conducting pinpoint airstrikes against terrorist targets in Syria at the request of President Bashar Assad since September 30. The operation has been coordinated with the Syrian government forces.

Russian President Vladimir Putin confirmed in September that the timeframe for Russia’s air campaign in Syria would be limited to the Syrian army’s offensive. The Russian leader ruled out the participation of Russian armed forces in a ground operation in Syria.