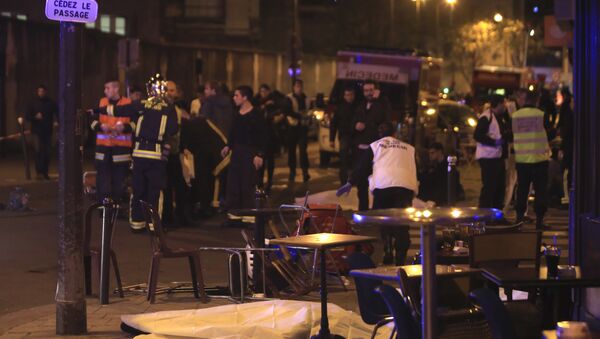 © Thibault Camus
Subscribe
Gunmen opened fire in multiple Paris locations on Friday evening, resulting in several casualties. Explosions were also heard nearby. Over 150 people have been killed, according to French authorities.

Five terrorists reportedly are among the dead, while an unknown number of attackers are still at large. Military are patrolling the streets of Paris.

Attacks occurred in at least seven locations, including the Les Halles shopping mall, the Louvre, the football stadium, and the Bataclan concert hall, where hostages were taken.

Two explosions were heard near a Paris stadium during the France-Germany football match which may have been caused by grenades. Hollande was in the Stade de France at the time of the explosions and was rushed to a secure location.

The explosion was loud enough to be heard over the cheers of the stadium crowd.

Initial reports indicated that at least four were dead when a man armed with a Kalashnikov entered a restaurant near Place de la Republique. The situation quickly escalated from there.

A separate incident also occurred in a nearby bar known as the Bataclan, a theater where the American rock band Eagles of Death Metal were scheduled to play. French authorities evacuated bars and restaurants in the area, where terrorist held hostages inside the concert hall.

There were an estimated 1,500 concert attendees inside the club at the time of the attack, and while some managed to escape, many were executed by the attackers.

After police stormed the building, at least 118 victims were found murdered.

Some hostages managed to escape before the end of the siege and described pools of blood as attackers used pump-action shotguns against the crowd. Witnesses said there were between 6 and 8 attackers inside Bataclan who were searching for anyone hiding inside the building. Attackers were also reportedly exchanging gunfire with police, opening fire as law enforcement tried to enter the theater.

Witnesses say that one of the gunman screamed "It's for Syria" and "Allahu Akbar," according to French media.

Supporters of the self-proclaimed Islamic State terrorist group have also begun a hashtag which translates to "Paris is burning" in Arabic. 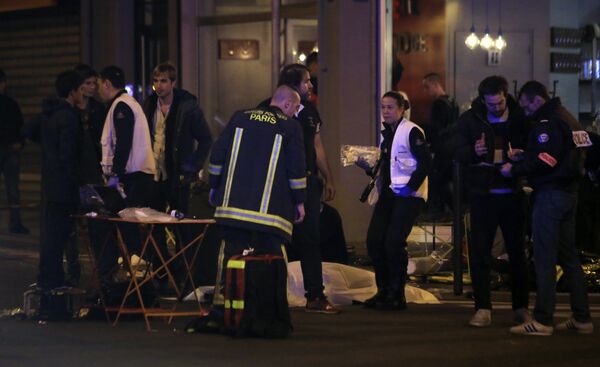 Bataclan is mere blocks from the offices of Charlie Hebdo, which was attacked by gunmen in January.

"There were two really loud bangs and they were enormous," one witness told the Telegraph. "I thought it was coming from inside the stadium but someone told me later that they were grenades thrown outside at a restaurant."

President Hollande met with top officials in the Interior Ministry following the explosions. 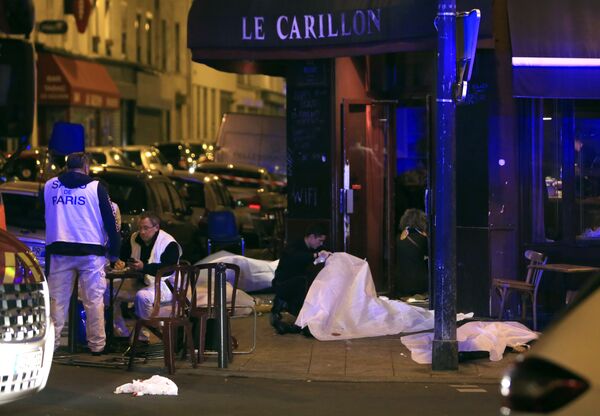 The White House says that President Obama has been updated on the situation. The NYPD has added extra security around the French consulate in New York.

The incident comes amid heightened security measures implemented by the French government in preparation of a major global climate conference to be held in the coming weeks.