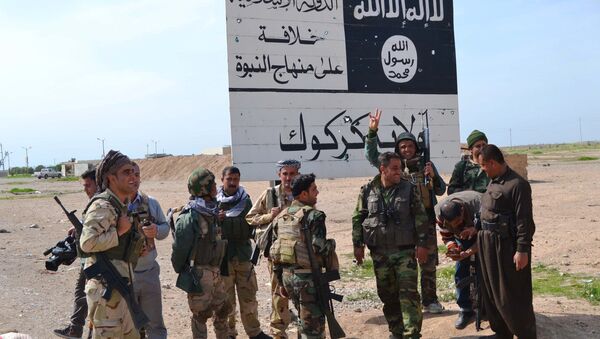 Kurdish Pershmerga fighters liberated 28 villages and killed 300 terrorists during the fight to reclaim the strategic northern Iraqi city of Sinjar from by Islamic State, the Kurdistan Region Security Council said in a press release on Friday.

WASHINGTON (Sputnik) — Earlier on Friday, the Kurdistan Region Security Council announced that the Peshmerga reclaimed Sinjar, which was held by the Islamic State for more than a year.

"In the course of the two-day operation, 28 villages were retaken from the Islamic State in Iraq and the Levant; more than 300 terrorists were killed by Peshmerga forces and Coalition warplanes, and over 200 square kilometers were cleared and returned to the Kurdish region,’ the press release stated.

To limit terrorists’ freedom of movement, the Peshmerga forces have established defensive positions in four intersections connecting to Sinjar, according to the press release.

Up to 2,000 civilians, members of the Yazidi religious community in Nineveh Province, were killed by the Islamic State terrorists after they conquered Sinjar in August 2014.