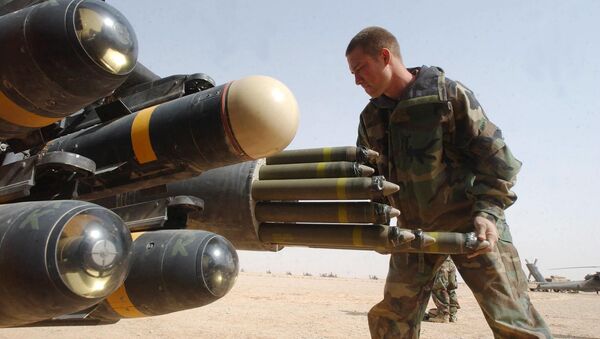 © AFP 2022 / ROMEO GACAD
Subscribe
The US Department of Defense plans to sell weapons, including Hellfire missiles and GMLR rockets, to France, Finland and the United Kingdom at a total cost of $880 million, with a non-existent threat from Russia used to validate at least one of the sales.

France and the UK will use weaponry purchased from the US for the sub-Saharan Africa campaign and against ISIL respectively. 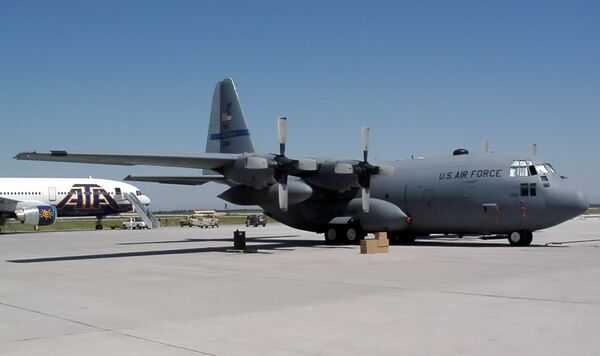 Arms sold to Finland are meant to "improve the security of a friendly country" and its "capability to meet current and future threats," as the Pentagon's Defense Security Cooperation Agency put it in the press release.

"Finland will use this enhanced capability to strengthen and secure its national borders," the press release added. It did not name the threats Helsinki might face but was surely referring to Russia.

The deals have not been closed yet but they all received the required authorization.

For Pentagon, the proposed sales of equipment and support "will not alter the basic military balance in the region." In fact, they will since they are part of a large-scale campaign which has already seen the US and NATO buildup their military muscle in Europe using a non-existent threat from Russia as a pretext, as the press release clearly shows.

US Gov't Redrawing European Borders According to Its Needs - Serbian Expert
Moreover, the North Atlantic Alliance is actively courting its partner nations, like Sweden and Finland.

On Tuesday, while on a visit in Sweden, NATO Secretary General Jens Stoltenberg called for greater defense cooperation between the alliance, its Nordic allies and partners, as well as the Baltic nations. He named Russia's military activity from the Baltic Sea to the Mediterranean as one of security challenges which NATO has to address.

Moscow, as well as many foreign officials and experts have repeatedly stated that Russia poses no threat to any nation, whether it is a NATO member or not.

US, NATO Deadliest Military Operations
© Sputnik
Newsfeed
0
New firstOld first
loader
LIVE
Заголовок открываемого материала
Access to the chat has been blocked for violating the rules . You will be able to participate again through:∞. If you do not agree with the blocking, please use the feedback form
The discussion is closed. You can participate in the discussion within 24 hours after the publication of the article.
To participate in the discussion
log in or register
loader
Chats
Заголовок открываемого материала
Worldwide
InternationalEnglishEnglishMundoEspañolSpanish
Europe
DeutschlandDeutschGermanFranceFrançaisFrenchΕλλάδαΕλληνικάGreekItaliaItalianoItalianČeská republikaČeštinaCzechPolskaPolskiPolishСрбиjаСрпскиSerbianLatvijaLatviešuLatvianLietuvaLietuviųLithuanianMoldovaMoldoveneascăMoldavianБеларусьБеларускiBelarusian
Transcaucasia
ԱրմենիաՀայերենArmenianАҧсныАҧсышәалаAbkhazХуссар ИрыстонИронауОssetianსაქართველოქართულიGeorgianAzərbaycanАzərbaycancaAzerbaijani
Middle East
Sputnik عربيArabicArabicTürkiyeTürkçeTurkishSputnik ایرانPersianPersianSputnik افغانستانDariDari
Central Asia
ҚазақстанҚазақ тіліKazakhКыргызстанКыргызчаKyrgyzOʻzbekistonЎзбекчаUzbekТоҷикистонТоҷикӣTajik
East & Southeast Asia
Việt NamTiếng ViệtVietnamese日本日本語Japanese中国中文Chinese
South America
BrasilPortuguêsPortuguese