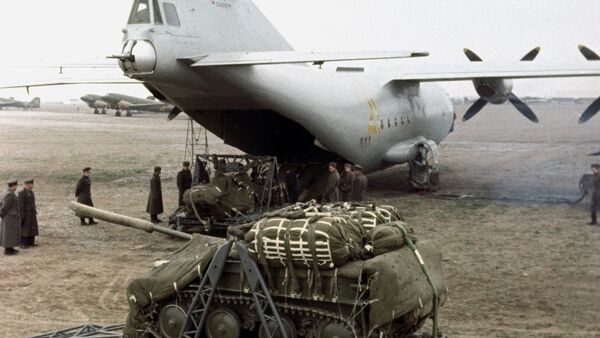 The Ilyushin Il-106 military transport plane, now being developed in Russia, will need no runway to take off and land, the deputy head of the Ilyushin Aviation Complex said on Wednesday.

“This plane is going to be very big, weighing 80 to 100 tons… What makes it so special, however, is its ability to land on a dirt runway, Sergei Velmozhkin told Rossiya 24 TV.

The Il-106 is still on the drawing board and the final design is due in 2017. The new plane will be assembled entirely from Russian-made parts, which Sergei Velmozhkin said will be much better than their foreign analogues.