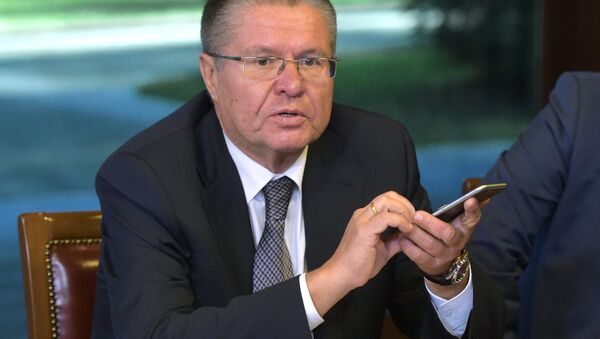 © Sputnik / Alexander Astafyev
/
Go to the photo bank
Subscribe
There is no evidence that German firms are planning to exit the Russian market.

MOSCOW (Sputnik) — There is no evidence that German firms are planning to exit the Russian market, Russian Economic Development Minister Alexey Ulyukayev said on Wednesday.

"It is extremely important that, as far as we understand, not one of the German businessmen working in Russia is going to quit their business in the country," Ulyukayev said at a meeting with Baden-Wurttemberg state representatives in Germany.

Representatives from the companies Mercedes-Benz, Bosch and Trumpf were also in attendance.

Russia and Germany maintain a high level of trade and actively cooperate in the service and investment sectors, the minister noted, stressing that Germany remains Russia's main trading partner.

Ulyukayev also called on German companies to follow in the steps of their 16 peers who had established presence in Russia's investment-friendly special economic zones, where the development ministry would be able to assist further work and investment in Russia.

Moscow and Berlin have seen a deterioration in their relations due to Ukrainian internal conflict, which escalated in 2014.

In early October, Putin said it was important to prevent Germany and Russia’s mutual alienation and to save the potential for bilateral cooperation.