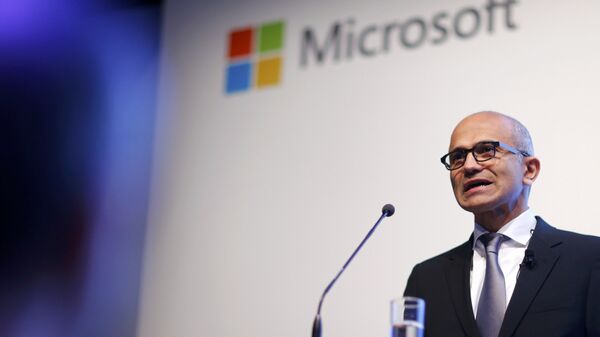 The US tech giant Microsoft said Wednesday it would host new data centers in Germany to protect foreign customers from surveillance practices conducted by US intelligence and security agencies.

Activists Target NSA Facility in Germany With Drones
MOSCOW (Sputnik) – The data centers, expected to open in late 2016, will be operated by a subsidiary of German telecommunications provider Deutsche Telekom, T-Systems, based on a "trustee" system, Microsoft said as cited by The Financial Times. The system prohibits Microsoft employees from accessing data in the centers without T-Systems approval.

"These new data center regions will enable customers to use the full power of Microsoft’s cloud in Germany…and ensure that a German company retains control of the data," Microsoft CEO Satya Nadella said at a press conference in Berlin, as quoted by the news outlet.

Satya said on Tuesday that Microsoft would launch its first UK-based data centers next year. The latest moves, part of the company's $15-billion investment in cloud services, are seen as a watershed moment in the battle between government-mandated oversight and privacy activists.