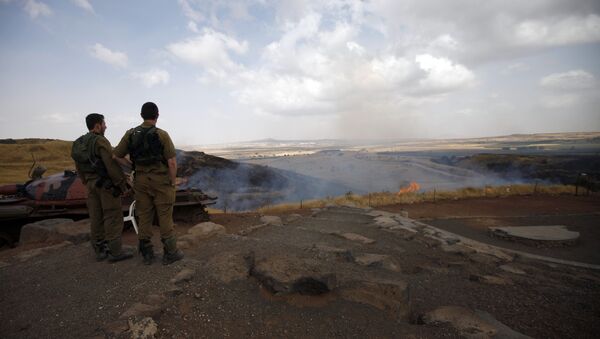 The Israeli Foreign Ministry summoned the EU envoy to the country after the European Commission had approved a plan to introduce obligatory labeling for foods made in Israeli-occupied territories, local media reported Wednesday.

EU-Israeli Tensions Build Over Occupied Territories Labeling Plan
MOSCOW (Sputnik) — Earlier in the day, the specific labels for food products made in occupied East Jerusalem, West Bank and Golan Heights were approved by the commission. The products will not be marked as "Made in Israel," but will carry a different label.

According to The Jerusalem Post newspaper, the Israeli Foreign Ministry condemned the move and summoned the EU ambassador.

"This latest action raises questions about the role the European Union wishes to play, and it is liable to have consequences on relations between the EU and Israel," the ministry said.

Several high-ranking Israeli politicians also criticized the decision, according to the news outlet.

Israel Discovers Enormous Oil Deposit in Occupied Golan Heights
Justice Minister Ayelet Shaked claimed the decision was "anti-Israel and anti-Jewish," quoted by the newspaper, and vowed to explore the possibility of legal action.

Palestinian territories of East Jerusalem, West Bank and the Gaza Strip were also claimed during the war. Palestinians seek the recognition of their independent state, proclaimed in 1988, on these lands.