Ukraine to Build New Wall With Russia, This Time on the Sea 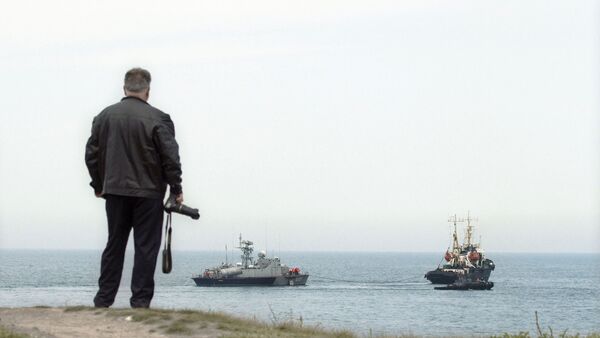 Ukraine plans to erect a new wall to defend against an imaginary attack from Russia. Billed as “The Sea Wall,” the new project is meant to protect the Azov Sea port of Mariupol and comes hard on the heels of the much-trumpeted “Great Wall of Ukraine,” which was never built, a Ukrainian news portal reported on Tuesday.

“The so-called Sea Wall, already approved by the government, will consist of a number of fortifications to monitor the coastal area and in the event of a naval assault, to hold back the enemy until the arrival of our main forces. It will be built along the Azov Sea coast,” Slobodyan said.

Neither the cost of the new project nor the construction deadline was immediately available, politnavigator.net wrote.