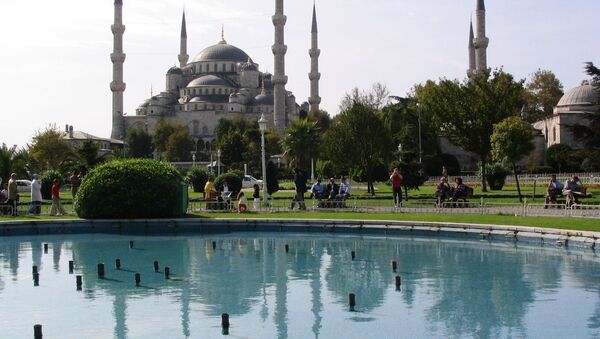 © Flickr / Victor Guevara
Subscribe
A group of atheists in Turkey have started a push to remove the religious affiliation categories from state issued birth certificates.

While the precise numbers are difficult to ascertain, Turkey is a deeply religious country. A 2010 Eurobarometer poll found that roughly 94% of citizens said they believed in God, while Index Mundi estimates from last year suggest that as many as 99% of Turkish individuals identify as Sunni Muslim.

No matter how you add it up, atheists make up a tiny segment of the population.

But that isn’t stopping The Atheist Association from attempting to make a historic change to the country’s national identity cards.

"We want politicians to restrain themselves when tempted to make discriminatory statements starting with ‘even the atheists," reads a petition being circulated by the group. "We want equal treatment before the law. We do not want to be treated as though we have ‘insulted religious values’ when we express our faithlessness."

Hoping to gain at least 5,000 signatures, the petition’s main request is that the Turkish government no longer automatically register children as "Muslim" at birth. It also seeks to remove the religious affiliation category on Turkish identity cards.

Lofty goals for an organization only founded last year, and which claims to be the first of its kind in a predominantly Muslim country.

"Atheism is alive and present in Turkey. But its presence is mostly felt on the internet and the social media," said Aydin Turk, writing for the blog Turkish Atheist.

"Coming out as an atheist is still not advised in Turkey for most people, but depending on their social circle…a lot of atheists, especially the ones that live in large cities such as Istanbul, Ankara and Izmir feel secure about coming out and many indeed came out."

The group may have an uphill climb. In March, a Turkish court moved to block The Atheist Association from even creating a website, citing a law which forbids "provoking the people for hate and enmity or degrading them," according to Middle East Eye.