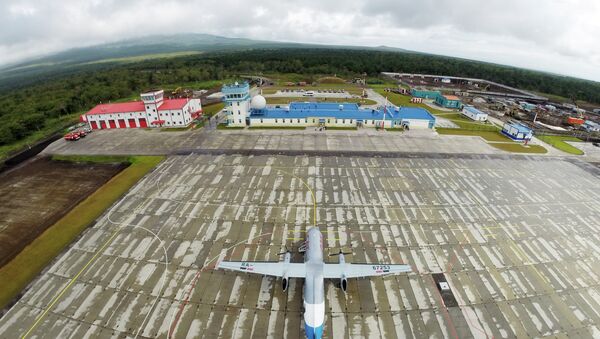 MOSCOW (Sputnik) — The four Kuril Islands — Iturup, Kunashir, Shikotan and Habomai — have been administered by Russia since the end of World War II, but Japan still lays claim to them.

"Russia's Spetsstroy companies are carrying out massive work on construction of two military bases on the Kunashir and Iturup islands," the ministry said in a statement.

Russia
New Russian Su-35 Jets Carry Out Drills Near Kuril Islands
According to the ministry, Tsalikov has visited the construction cites and urged the companies to expedite the work so that the bases would be built by the end of 2016.

"During the next year, the companies should finish work on construction of over 220 objects of civilian and military infrastructure,…including combat training facilities," the statement said.