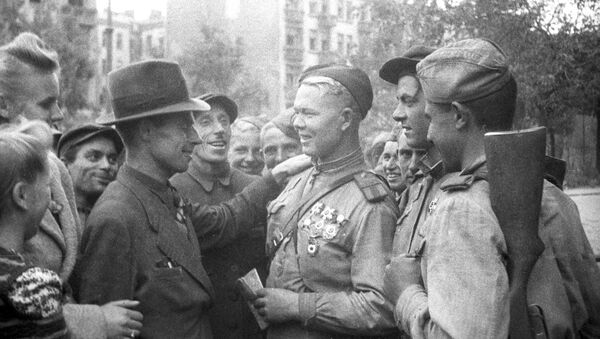 Former President of Poland Lech Walesa said that bravery of Soviet soldiers in liberating Poland from the Nazis, is incontestable.

"Poles have no complaints against the [Soviet] soldiers. Soviet soldiers had been perishing and freeing Poland. This is all true," Walesa told RIA Novosti in an interview, adding that the desecration of monuments to Soviet servicemen is not normal.

Warsaw has complaints against Soviet leaders, not its people, he added.

"Everything is ok with Russian people but Russians have no luck with their leaders. After all, Russian people also paid a high price for communism," Walesa added.

Moscow has repeatedly protested the demolition and dismantling of Soviet monuments in Poland in recent months.