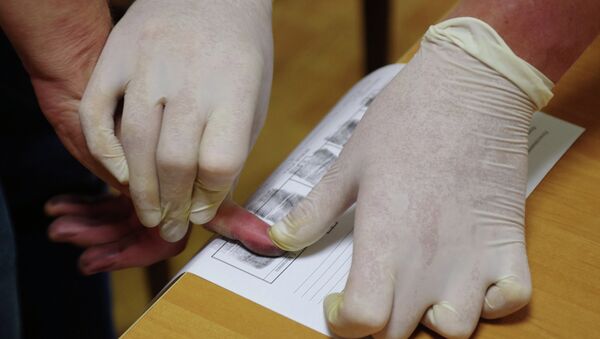 Russia will start fingerprinting immigrants en masse to prevent repeated entries by people who have been refused entry.

Fingerprints Have a New Partner in Crime – The Brainprint
MOSCOW (Sputnik) — Russia will start fingerprinting immigrants en masse starting next year to prevent repeated entries by people who have been refused entry, local media reported Monday.

"This measure will help detect foreigners who try to sneak into the country using a new name after they were denied entry," a source in the Federal Migration Service told the Russian Izvestia newspaper.

Under existing regulations, migrant workers from countries that have a visa-free agreement with Moscow must have their fingerprints taken within 30 days after coming to Russia.

"It is unclear whether this measure will be applied to all foreigners," the source told Izvestia.

According to the information obtained by the outlet, all migrant entry points – around 400 of them across Russia – could soon be equipped with fingerprint scanners to facilitate migrant processing.