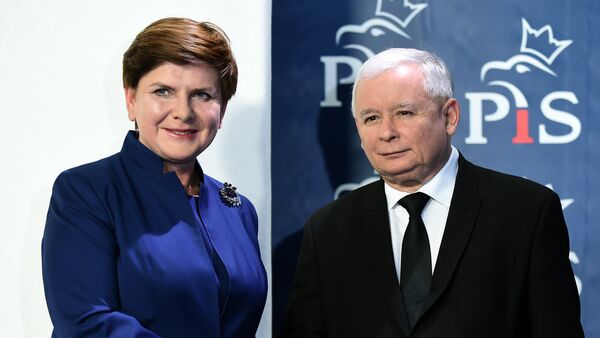 "There is no dispute among us. Beata Szydlo will present the composition of the government," PiS leader Jaroslaw Kaczynski said at a press conference following the party's political committee deliberations.

Hardline Stance on Russia Won't Help Poland Win Any Friends
Szydlo announced a total of 19 ministerial posts and one head of prime minister’s office – Beata Kempa – at the conference.

PiS came out victorious in the October 25 national election with 37.58 percent of the votes, raking in 232 seats in the 460-member lower chamber of the Polish parliament, the Sejm.