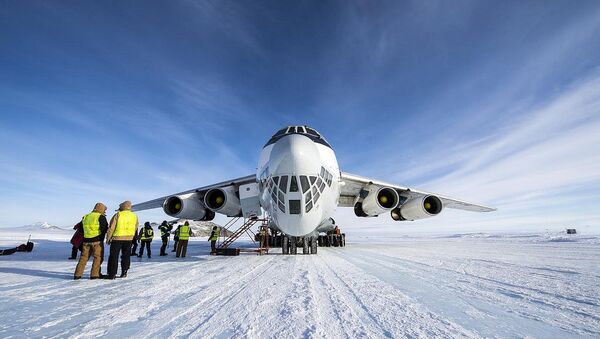 © Flickr / Christopher Michel
Subscribe
The test was conducted in order to include the ability to land on snow-covered ice airfields in the flight manual of aircraft equipped with this type of engine, according to the company.

"The joint crew under the command of chief pilot… [Nikolay] Kuimov and chief pilot… [Ruben] Yesayan successfully carried out the first landing on an ice airfield at Novolazarevskaya station in Antarctica on an Il-76TD-90VD aircraft, equipped with a PS-90A-76 engine," the statement reads.