US Tunes Into Trump: Appearance on SNL Hits Ratings Out of the Park 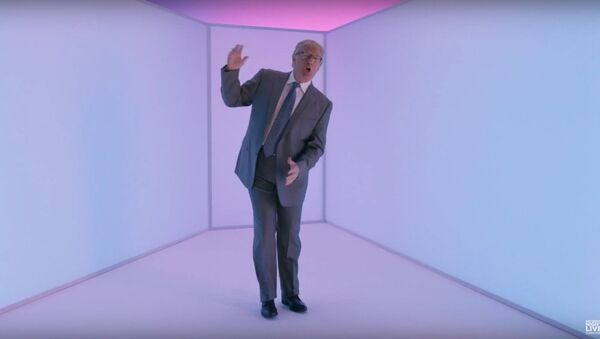 © Photo : YouTube/Saturday Night Live
Subscribe
Love him or hate him, businessman, TV personality and presidential candidate Donald Trump knows how to fill the seats, proving so once again on Saturday when he gave comedy program Saturday Night Live the much-needed ratings boost its been looking for.

NBC estimated its Nielsen rating score for Trump's appearance at a 6.6, translating to as many as 10 million viewers nationwide. This handily beat the live comedy sketch program's season premiere last month, hosted by Miley Cyrus and featuring a guest appearance by Hillary Clinton, by a whopping 47 percent.

This was Trump's second time hosting, with the real estate mogul appearing on the show back in 2004 when he was still hosting NBC's reality gameshow The Apprentice.

This time around, candidate Trump's appearance was more controversial.

The fact that Trump is not hate-tweeting NBC right now proves that SNL went WAY soft on him https://t.co/SgCCLD3Vec pic.twitter.com/CAWJ1Io65E

Hanging on as leader of the pack for the Republican nomination ahead of next year's presidential election, Trump has been forced to repeatedly deny accusations of racism and bigotry, which arose following a speech in which he blamed illegal Mexican immigrants for "bringing crime" and being "rapists."

About 200 protesters rallied outside Rockefeller Center on Saturday in protest of Trump's appearance on the hit comedy program, shouting 'Shut it Down' and waving banners reading 'Dump Trump'.

Hispanic Group Offers $5,000 For Shouting 'Racist' at Trump During SNL
Ahead of the show, The Guardian reported that a PAC called DeportRacism.com offered a $5,000 cash bounty to any viewers who would disrupt the show and call Trump out for his alleged racism.

But inside the studio, the event seems to have gone off without a hitch, even though The New York Times and The Washington Post called Trump's performance "stilted and sometimes unfunny" and "kind of lame."

Ultimately, Trump did get called a racist, but it came from comedian and fellow performer Larry David, who reprised his role as Bernie Sanders during the show's cold open. Critics are still debating whether the outburst was scripted or not, but it seemed to have gone over well enough for Trump.

Explaining that his heckle was a response to DeportRacism.com's cash offer, David noted that "I heard if I yelled that, they'd give me $5,000." Trump smoothly replied that "as a businessman, I can fully respect that."