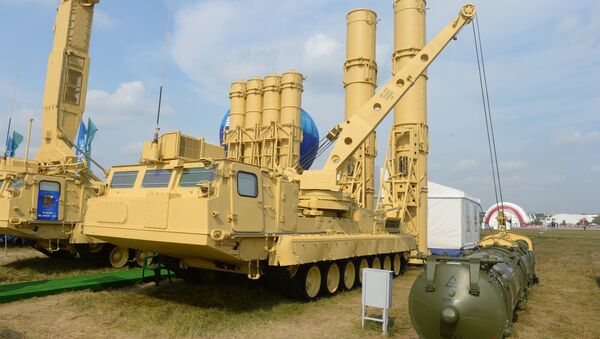 “Today we are considering a possibility of delivering to Egypt missile systems Antey-2500 and Buk, negotiations continue,” Chemezov said during the Dubai Airshow.

S-300VM "Antey-2500" (NATO reporting name SA-23 Gladiator/Giant) is a Russia-manufactured air-defense system that was developed on the basis of S-300 missile system to hit ballistic and cruise missiles. It could reach targets at a distance up to 125 miles up and at a height up to 18 miles.

9K37 Buk missile system (NATO reporting name SA-11 Gadfly or SS-17 Grizzly depending on the modification) was developed by the Soviet Union and is being modified by Russia. The system is designed to bring down aircraft, cruise missiles and unmanned aerial vehicles. It could hit targets at a distance of up to 30 miles up and at a height up to 15 miles.

"Rosoboronexport should reach $12.5 billion. We hope, it will be a little more. But we will definitely fulfill the plan," Chemezov said during the Dubai Airshow.