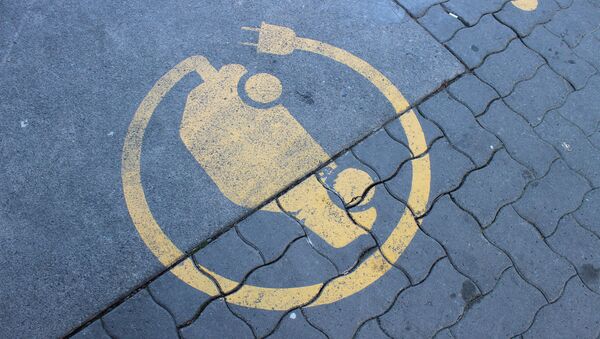 © Flickr / Nicola Sznajder
Subscribe
An electric car startup based on California is hot on the heels of Tesla, and promises to deliver its first models of electric car in 2017.

Elon Musk Slams Apple: ‘Tesla Graveyard’ Only Hires Engineers He’s Fired
Budding electric carmaker Faraday Future is making waves with its plans to challenge Tesla's preeminence in the electric car market, including a project to build a $1 billion factory in the US.

Like Tesla, the company is named after a 19th century inventor, in this case chemist and physicist Michael Faraday, who made a string of important scientific discoveries including electromagnetic induction, the principle behind the electric transformer and generator.

Eyes on the Road: Russians Invent Transparent GPS That Runs on iPhone
The company is led by a team of former Tesla executives, as well as car designers from BMW and General Motors. Having launched in 2014, it expects to have around 500 employees by the end of this year.

"We are very excited to make our $1 billion investment in U.S. manufacturing—and this is just phase one," stated the company on Thursday.

The carmaker announced it is looking for a location for its first manufacturing facility, where Faraday aims for the first cars to roll off the production line there in 2017. 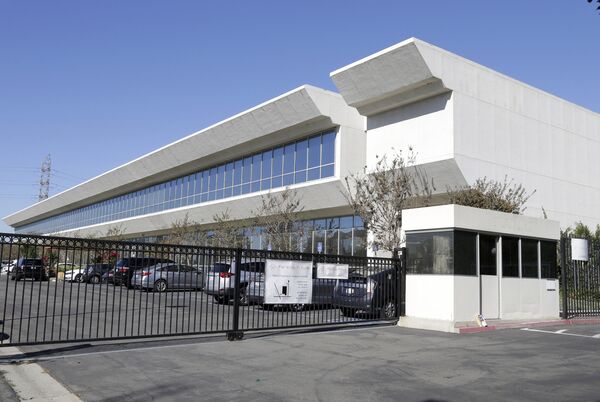 This Friday, Nov. 6, 2015 photo shows the Faraday Future building in Gardena, California. Faraday Future has been hunting for a place to build what it says will be a $1 billion manufacturing plant for a new line of cars. Four states are contenders and the company says to expect an announcement within weeks
© AP Photo / Nick Ut
"In addition to producing vehicles, the company plans to explore other aspects of the automotive and technology industries, including unique ownership and usage models, in-vehicle content and autonomous driving," Faraday explained.

The company's rapid growth and deep pockets have led some observers to investigate its origins, with some speculating that the firm is no more than a front for Apple.

Faraday wants you to believe it's not a front for the Apple Car, but probably is https://t.co/92bHm2Nxea pic.twitter.com/Cm5GMEsB3P

Last month LeTV announced plans to release its first electric vehicle at the Beijing auto show in April 2016. Reportedly called 'Mule Car,' the vehicle has already undergone testing in the US.

000000
Popular comments
Clean automobiles should be given for free first to the economically weak then to students and to all others . The only way to develop fast a technology that will contribute to the evolution of the life quality is for us to use as soon as possible every useful technology . Very important not to watch corporate games like in a gladiators' arena . People have every right to have access without banking tricks and traps to every thing that makes their life easier healthier and less stressful . All car makers should join forces and provide new cars while recycling the old ones fast .