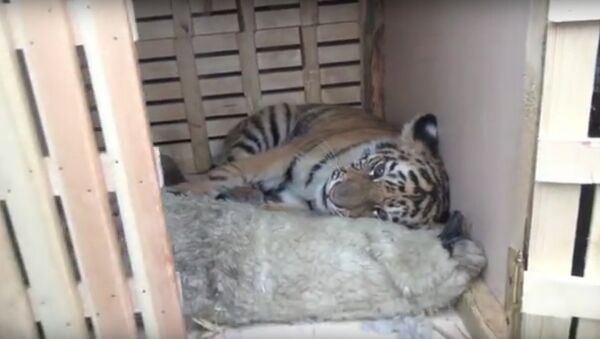 Moscow's police department has officially adopted a tiger cub it rescued from the clutches of a gang of poachers in Russia’s Far East.

The 4-month-old feline was named Stepa, after Uncle Stepa the Militia Man – a fictional law enforcement officer from a popular children’s book. The name was selected by Moscow residents in an online poll.

"Our Stepa is not adapted for living in the wild, so we took him under our patronage," said Moscow Deputy Police Chief Gennady Golikov, according to a statement posted on the Interior Ministry’s official website. "We’ll be responsible for his well-being and will provide for him."

The tiger cub was rescued from a group of poachers and animal smugglers in Russia’s Far East and was transported to a specialized facility near Moscow for recuperation. The feline was apparently captured only days after being born and spent about three months in captivity.