Climatologists Piece Together a Millennium of Droughts and Downpours 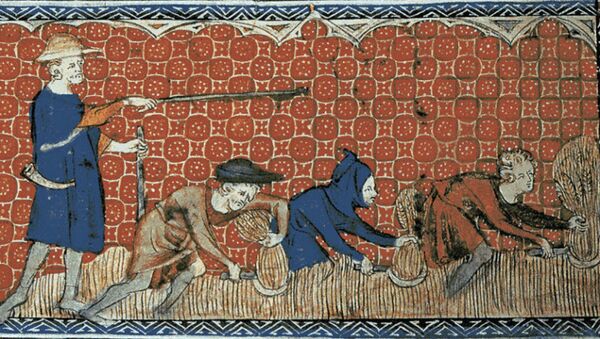 Weather 75 Light Years Away: Hot Dust Clouds and Molten Iron Showers
Climate scientists have produced an atlas reconstructing weather conditions over the last millennium, in an effort to understand more about current changes to the weather.

They hope their Old World Drought Atlas (OWDA) will allow for a greater understanding of climate forecasts.

"Climate model projections suggest widespread drying in the Mediterranean Basin and wetting in Fennoscandia in the coming decades largely as a consequence of greenhouse gas forcing of climate," write the scientists in their paper, published in Science Advances on Friday.

Scorching Sun, Extreme Humidity to Make Persian Gulf Uninhabitable by 2070
The researchers used archaeological tree ring data to measure more than a thousand years of European weather. They compared their findings to historical accounts of severe droughts, wet weather events or other catastrophes, and found that the tree ring data corresponds with many documented incidents of extreme weather.

"The great European famine of 1315–1317: This is one of the most famous historical catastrophes in late medieval European history, caused by years of heavy rain that made food production nearly impossible," on the vast majority of European land, wrote the scientists in their paper, entitled 'Old World megadroughts and pluvials during the Common Era.' 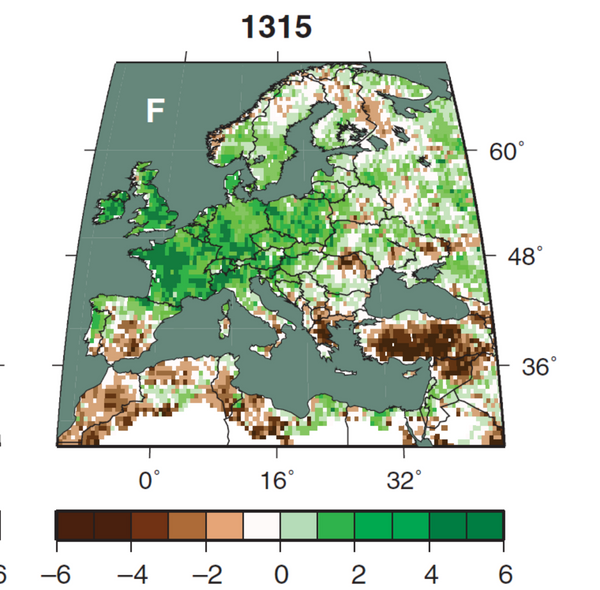 Hydroclimatic extreme in 1315
© Photo : Cook et al. / Science 2015
"The OWDA now provides strong evidence for the hydroclimatic conditions over Europe that were responsible for this catastrophe and shows its yearly progression from 1314 to 1317 in full detail."

Other events in which the OWDA was able to corroborate the role of severe droughts or wet weather were the Irish famine of 1740–1741, which has been attributed to unusually low winter and spring temperatures in 1740, that resulted in crop failures and subsequent famine. 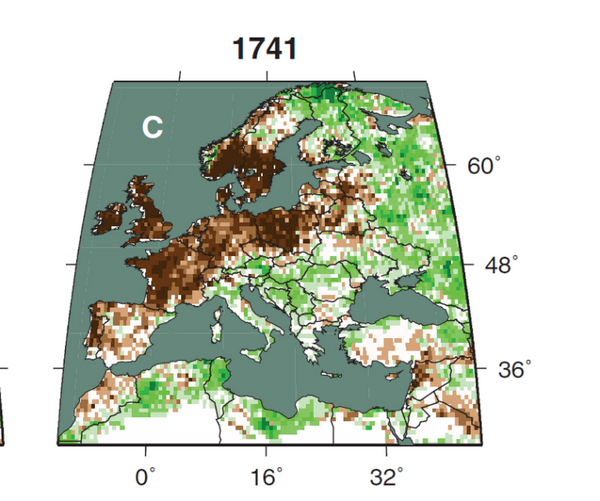 Hydroclimatic extreme in 1741
© Photo : Cook et al. / Science 2015
The OWDA was able to reconstruct spring-summer rainfall over Ireland in 1741, which was well below normal and may therefore have contributed to the severity of the famine.

Five droughts over Czech lands between the 16th and 18th centuries are also represented in the OWDA.

"The 1616 drought began in the spring and continued throughout the summer with “great heat, dried-up rivers” and a mark on a “hunger stone” on the Elbe River," report the scientists. "Similar conditions also extended into Switzerland and Germany."

The researchers state that their model is an important step towards fully reconstructing hydroclimatic variability in the Northern Hemisphere, and add to data showing that droughts in medieval times were more prolonged than during the 20th century, with little understanding as to why.