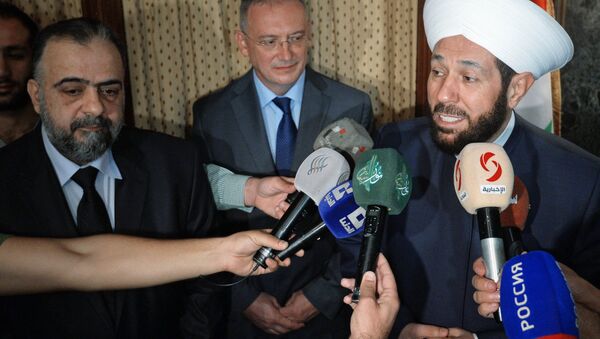 On Tuesday, the Russian Foreign Ministry announced that a third round of intra-Syrian talks between representatives of the Syrian government and opposition groups would be held in Moscow next week.

“Now, Russia says to the Syrian opposition – come [to Moscow] and [you] will sit down to talk with the Syrian government. Let’s fight together against terrorists and after we’ll deal with them, we will address to people and will ask them to nominate their candidates, and then we will be able to hold free election,” Hassoun said.

Assad-Putin Talks Open Way to Ceasefire in Syria
He thanked Russia for its support of peace efforts in the country.

Syria has been in a state of civil war since a 2011 political collapse, with government forces fighting opposition factions and terrorist groups, including Islamic State (ISIL) and the Nusra Front.

Russia has already hosted two rounds of intra-Syrian talks, in January and April 2015.