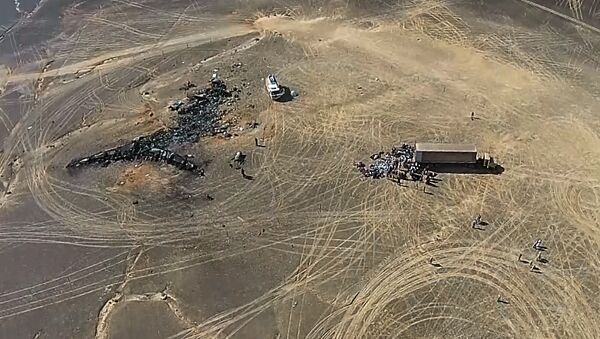 “Over the past 24 hours, search operations were conducted by a joint group of the rescue squad Tsentrospas and the Center for High Risk Rescue Operations Leader at the plane’s crash site. Forty square kilometers of the territory has been examined, personal belongings and documents have been found,” the ministry said in a statement.

Russian Airbus A321 passenger plane crashed in Egypt’s Sinai Peninsula on October 31 while en route from Egypt’s resort city of Sharm El-Sheikh to St. Petersburg. All 224 people on board were killed. The crash is considered to be the biggest tragedy in Russian and Soviet civil aviation history.