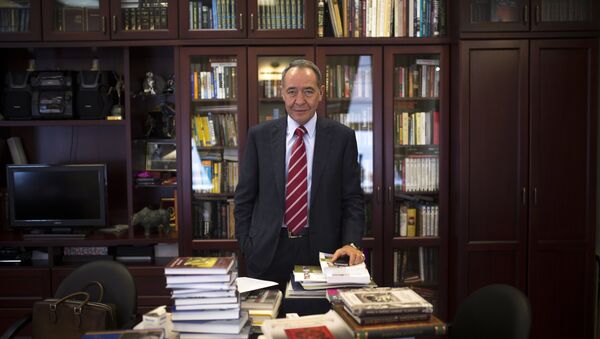 Russian Embassy in the United States said that former Russian Press Minister Mikhail Lesin, who died on Friday, passed away in Washington.

MOSCOW (Sputnik) — Former Russian Press Minister Mikhail Lesin, who died on Friday, passed away in Washington, a spokesperson of the Russian Embassy in the United States told Sputnik.

"Our consular officials had an opportunity to confirm that the Russian national who passed away in DC is indeed Mikhail Lesin. Out of respect to the privacy and sensitivity of the matter we are not at liberty to disclose any other information, and would ask you to refer all further requests to his family and the law enforcement officials," the spokesperson said.

On Friday, Lesin's family told RIA Novosti that the former minister and ex-head of Gazprom-Media holding died at the age of 57 from a heart stroke.

Following the news, Russian President Vladimir Putin expressed condolences to the family of Lesin, who had also served as a presidential adviser from 2004 to 2009.