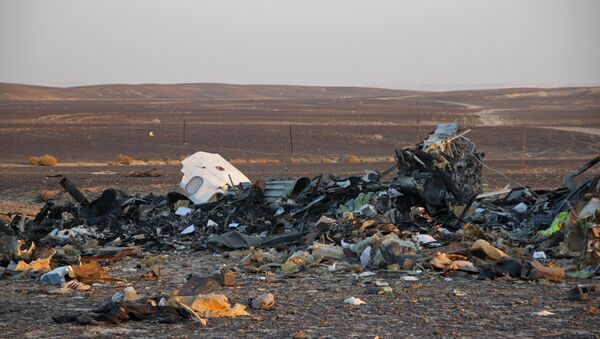 © Sputnik / Rafael Daminov
/
Go to the photo bank
Subscribe
There is no evidence yet suggesting that a bomb explosion brought down the Kogalymavia's passenger plane in Egypt, Hossam Kamal, Egypt's Minister of Civil Aviation, said Thursday.

Kremlin Hopes UK Will Provide Data Backing A321 Terror Attack Statements
CAIRO (Sputnik) — On Wednesday, the UK government concluded that the Russian passenger plane en route from Sharm el-Sheikh to St. Petersburg might have crashed on October 31 due to a bomb explosion, and suspended all flights to and from the Egyptian city until additional security measures had been taken.

"The minister explained that the hypothesis of detonating the Russian aircraft is not based on facts, the investigation team does not have yet any evidence or data confirming this hypothesis," the Civil Aviation ministry said in a statement.