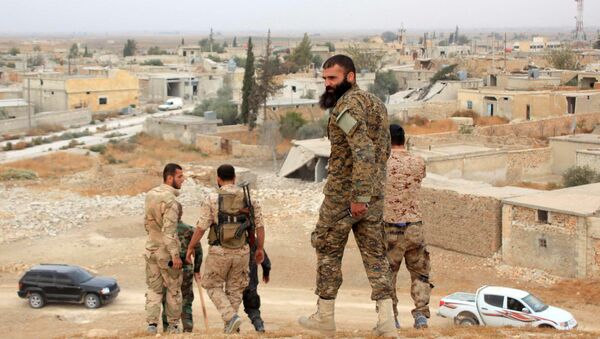 The Syrian Armed Forces have taken control over a strategically important highway in the north of the country, a military source told RIA Novosti on Wednesday.

The highway is connecting the cities of Aleppo and Al-Salamiyah in the Syrian province of Hama. Moreover, the highway is the main supply route for the Syrian government army in the city of Aleppo.

"After fierce fighting with ISIL terrorists, the [Syrian] army has taken full control over the Aleppo-Ithriya-Khanasser-Salamiyah highway. Dozens of terrorists were eliminated. Mine clearance specialists have started to demine explosive devices," the source said.

Russian Operation in Syria Limited to Timing of Syrian Army Advance
Terrorists have controlled the highway during 10 days.

Late October, the Syrian government forces with the support of militia foighters liberated 50 villages in the south-east of Aleppo province.