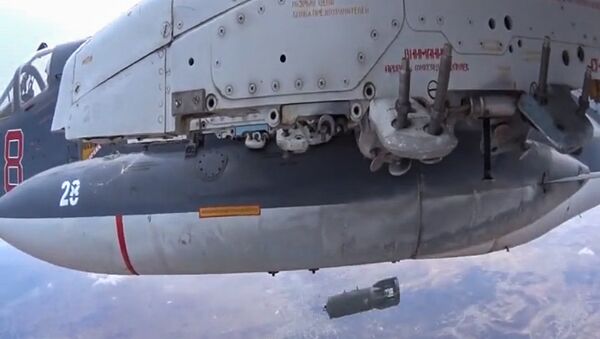 Russia's Contacts With Syrian Opposition 'Beneficial for Anti-Terror Fight'
KUALA LUMPUR (Sputnik) — The Russian Aerospace Forces have carried out 1,631 sorties and destroyed 2,084 ISIL and Nusra Front targets in Syria since the start of the anti-terrorist air campaign in the country on September 30, the Russian General Staff said Tuesday.

On September 30, Russia began precision airstrikes on ISIL positions in Syria at the request of Syrian President Bashar Assad.

"Aviation and other means are used only against terrorist groups in Syria. No other targets, related, for example, to the so-called 'moderate' opposition are hit," Antonov said at the third ASEAN Ministerial Meeting.