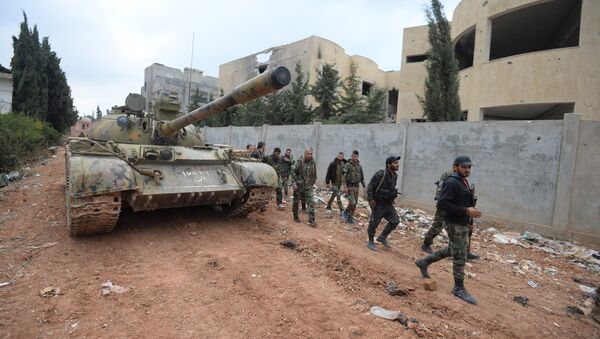 "Clashes are near [the town of] Mheen. The army has eliminated over 25 Islamic State militants and a convoy of six trucks with heavy machine guns," the source told RIA Novosti.

After the terrorists had captured Mheen on Sunday, the Christian population of the nearby Sadad fled the town, fearing an Islamist attack.