10,000 Crocodiles Are Starving in Honduras as US Freezes Family's Assets 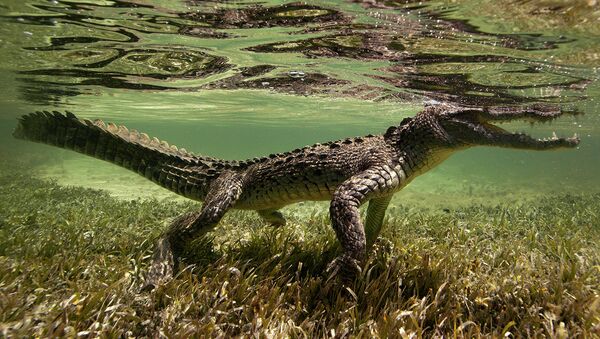 More than 10,000 crocodiles are starving to death at a farm in Honduras because the wealthy family that owns them had their assets frozen over US accusations that they laundered money for drug traffickers.

Workers at the 70-acre farm, owned by the powerful Rosenthal family, have refused to feed the animals until they are paid their monthly wages.

The Rosenthals had their assets frozen last month after the US Treasury Department said it is investigating three family members, including the 79-year-old millionaire patriarch, for their alleged connections to drug cartels.

"The crocodiles and lions are dying of hunger, and we are too because we haven't been paid the last two weeks," one worker told AFP. "Forty animals have already died. They were taken away in boxes by trucks to be buried."

State conservationists recently delivered 3,000 pounds of chicken meat to the farm, but workers refused to feed it to the animals. There were also doubts that the amount of food was sufficient.

"The 3,000 pounds doesn't amount to much because a crocodile eats the equivalent of half a horse in a day," the worker said. "But at least something is being done."

There are 11,000 American crocodiles, including 60 newborns, over 135 pools at Cocodrilos Continental. The on-site clinic was not designed to care for so many crocs at once and has been overwhelmed.

Some employees were thinking of looking for jobs elsewhere because they have not been paid, but if they did so, people living nearby would likely eat the crocodiles.

According to the farm's website, the crocodile business was created to generate profits by exporting meat and skin to the United States, while also "preserving the species."